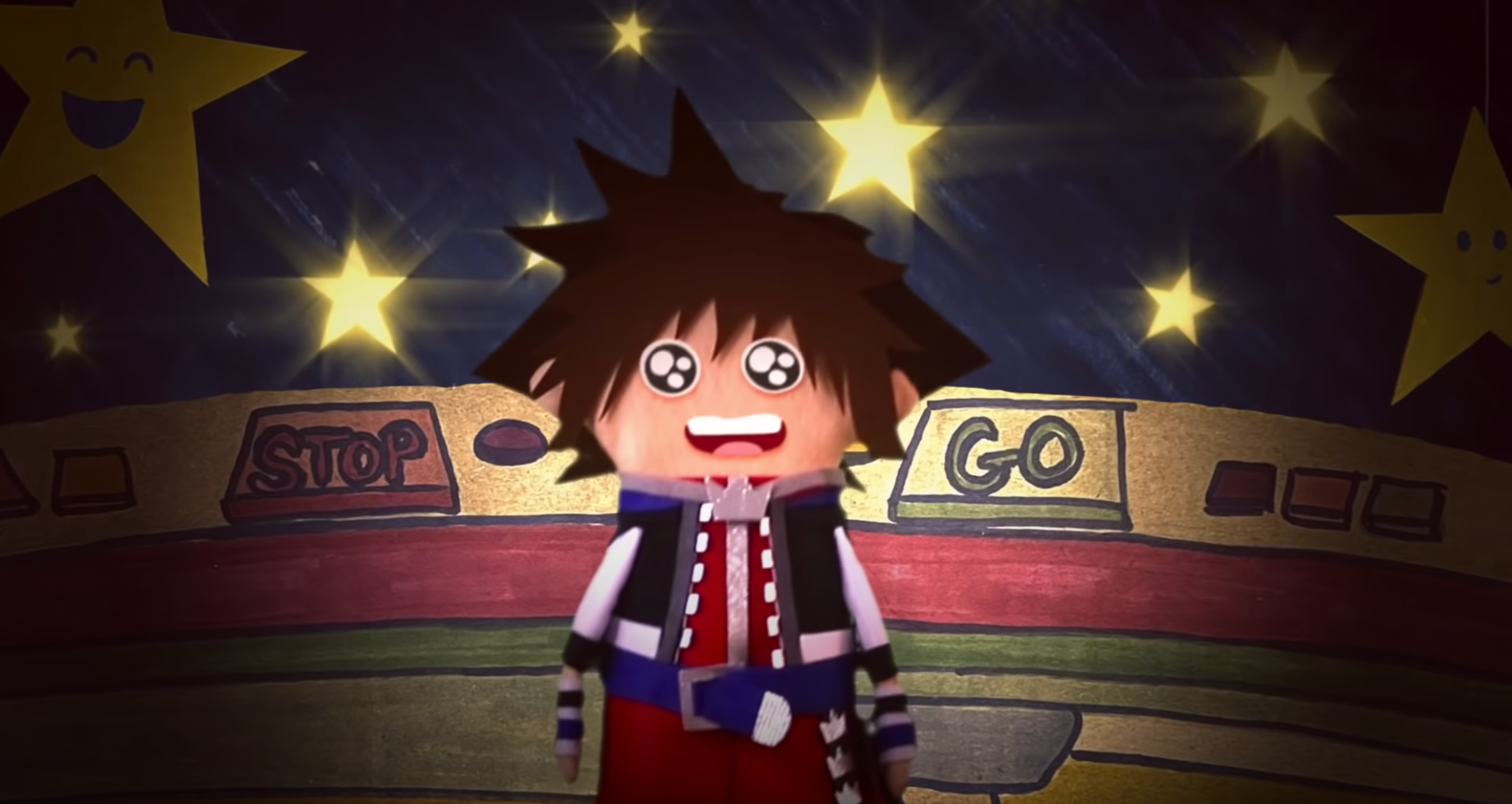 The Disney x Square Enix collaboration is no stranger to adaptations outside the video game world with it being adapted into novels, a Manga series, and at one point it was almost made into a cartoon series. Now, although not official, it has been adapted into a musical puppet show. Who could see that one coming?

The short was created by longtime voice actor Erika Harlacher. Harlacher is most known for voicing Ann in Persona 5. But she has also provided her voice to well over a hundred different projects, including additional voices in several Square Enix titles like Final Fantasy VII Remake, NEO: The World Ends with You, and of course Kingdom Hearts III.

The short, titled Puppet Kingdom: Musical Hearts was published on both Youtube and Twitter, and retells the first chapter of the original Kingdom Hearts game where Sora first meets Donald and Goofy in Traverse Town.

The song is titled The Trio Song, and according to Harlacher she has 5 more songs already written that she may publish later assuming Disney lawyers don't put a stop to it first.

Harlacher, who herself is an avid fan of the Kingdom Hearts series, states that she's been on and off working on this project for a year and a half.

With the project being so well made, it has received praise from other known members of the community and fellow voice actors. Including a shoutout from Goofy's official voice actor for 30+ years, Bill Farmer.

If you're a fan of Kingdom Hearts, or just appreciate great puppet artistry, we urge you to check out the project! With enough support, maybe we'll see more of it!