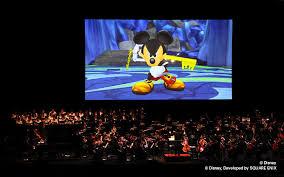 Kingdom Hearts series director Tetsuya Nomura announced the first upcoming DLC content at the first World-of-Tres Orchestra concert. It's temporarily named "Kingdom Hearts ReMIND" and has paid and free content. It includes an additional scenario called "ReMIND" with a limit episode and boss as well as a secret episode and a boss. The Japanese version includes the option to switch to English voice. The free update includes a brand new Keyblade and a new form.

The release date for this content is currently TBA.