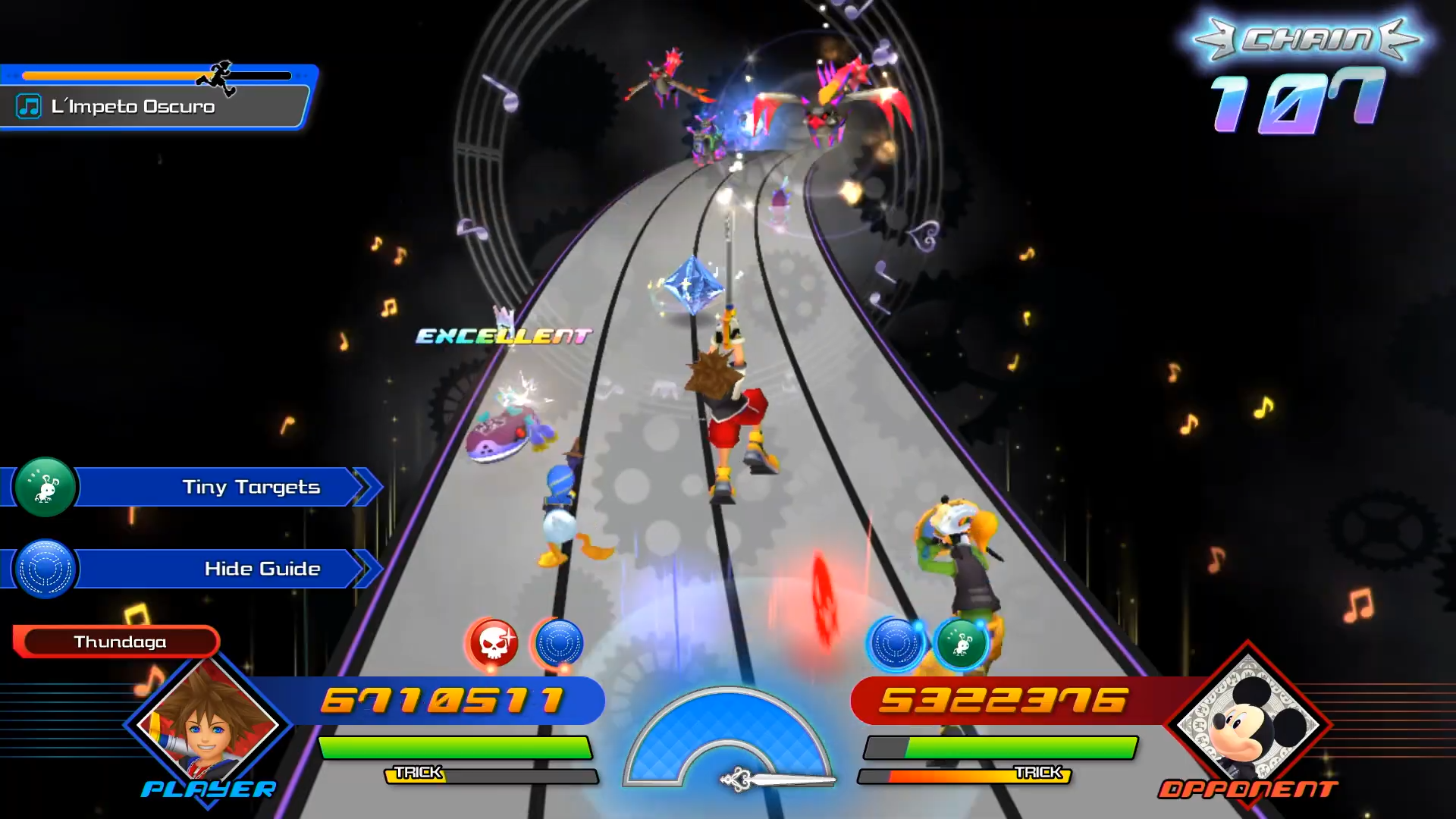 Thanks to KH13 forum user @VocaloidLover13, it has come to our attention that there exists a Youtube video showcasing the Versus Mode of Kingdom Hearts Melody of Memory! This Youtube video is uploaded by Gamar Santai, which seems to be the Youtube channel of a Malaysian gaming news site going by the same name. The video also seems to be legitimate.

This video has not gotten any attention within the community it seems, with it only having a few hundred views at the moment. Adding to the oddities is how this video was uploaded on October 14th which is half a month ago. According to an article published by Gamar Santai, as well as in the description of the Youtube video itself, this is "b-roll" footage. None of this footage has ever been distributed or shown off to the best of our knowledge.

The video showcases a total of 5 songs in Versus Mode for their entire duration. These songs are :

Wave of Darkness I is included as a playable track in the Kingdom Hearts Melody of Memory demo, but none of the other 4 tracks featured in this video are playable in the demo in any capacity.

You can take a look at the video below:

What is your take on this video? Let us know in the comments below!