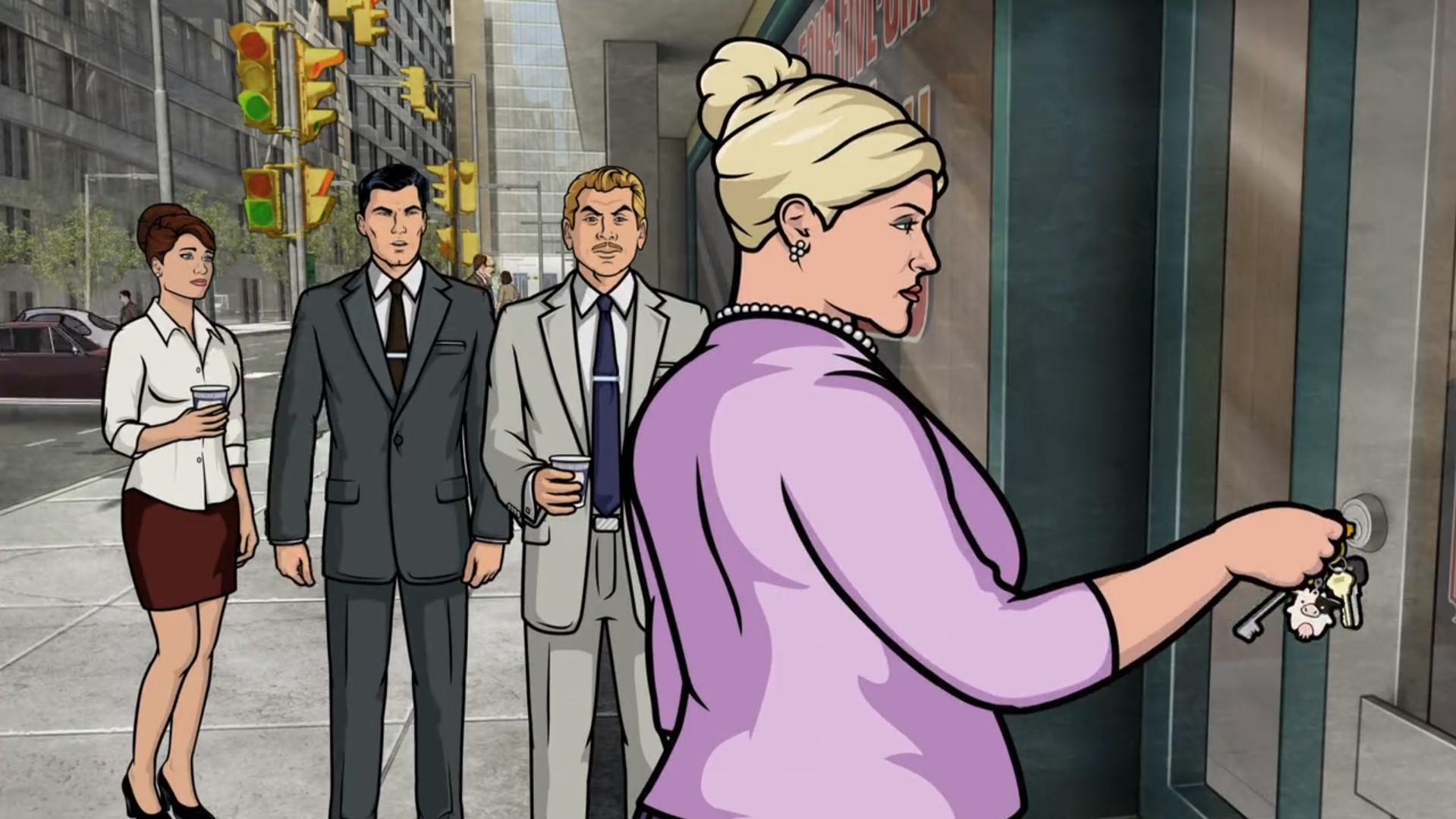 Though finding a potential Kingdom Hearts reference in a closely related Disney/Pixar film is a treat in itself, finding an absolutely confirmed Kingdom Hearts reference within a completely unrelated animated series is something else entirely. Keen viewers of the Archer television series spotted a very well-hidden nod to Kingdom Hearts in season 2, episode 6, "Tragical History", which originally aired on March 3, 2011. In that episode, one of the main characters, Pam Poovey, can be seen holding a key ring with a Kingdom Key-shaped keychain partially visible in two shots.

In these shots, while the Keyblade's signature golden hilt is mostly obscured by Pam's hand, the key's teeth and their distinctive crown-shaped negative space are prominently displayed.

When fans brought this to the attention of the /r/ArcherFX subreddit, one of the show's production staff, going by the username Domirillo, responded, saying that while they are personally unfamiliar with Kingdom Hearts, the illustration file for the key ring prop confirms that the keychain was absolutely based on the Keyblade. KH13's own @HaakonHawk reached out for further information, and you can find a transcript of their conversation below.

Domirillo (Archer production staff member): I'm personally unfamiliar with Kingdom Hearts, but I opened up the illustration file and I can confirm that one of them is indeed based off the Keyblade.

HaakonHawk (KH13 staff member): What exactly do you mean when you say "Illustration file"? If this is indeed based of the Keyblade design. I'd like to see some more details on it.

Domirillo: We have a digital library of all the props drawn for the show. Most of our props don't have to do much animation, they just need to be held by a character once or twice, or sit on a table, so a single drawing of them is all we really need. This is done in Adobe Illustrator. So, I found Pam's keychain illustration, and in that file there were a series of reference images included. Like some car keys, house keys, etc, just stuff they were looking at when making the illustration, and a picture of Sora's Keyblade is in the reference section of that file. There are some distinct changes between them, but the reference material is clear.

HaakonHawk: Are these illustrations a strict "keep private" sort of thing? Or is it possible to provide visual examples? I'm working for one of the largest Kingdom Hearts media outlets, and this would be a pretty interesting story to break to the fan community. They go completely nuts everytime Kingdom Hearts is referenced in another property.

Domirillo: I legally can't share our raw production art without violating my NDA, but you can see in this still frame, a wide shot of the same key chain, the keyblade is pretty clear. Aside from that, and telling you that the file has Kingdom Hearts images in the reference, I can't show anything else.

This is quite an interesting place to find a reference to Kingdom Hearts! Have you found any other nods toward the series in other media, or are there some properties that you want a Kingdom Hearts reference to appear in? Let us know in the comments below!