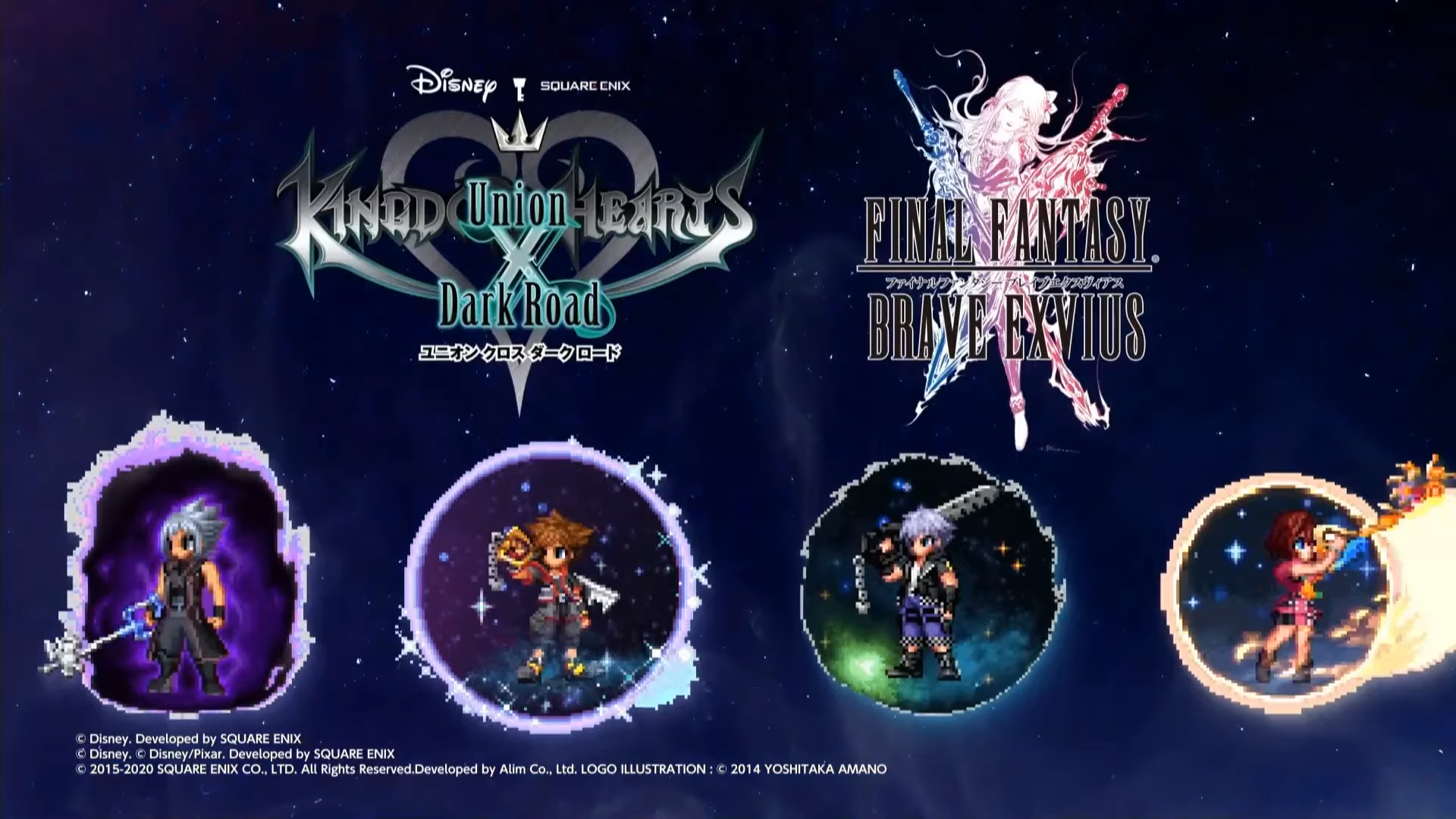 You can view images of these sprites and cards in our gallery below. If you want a more intricate look into this collaboration, view the official live stream that shared this information.

Furthermore, there will be a retweeting campaign from July 31st to August 6th where if the tweet that is posted on that day gets 3000 RTs, rewards are given out on both games! The rewards are as follows: 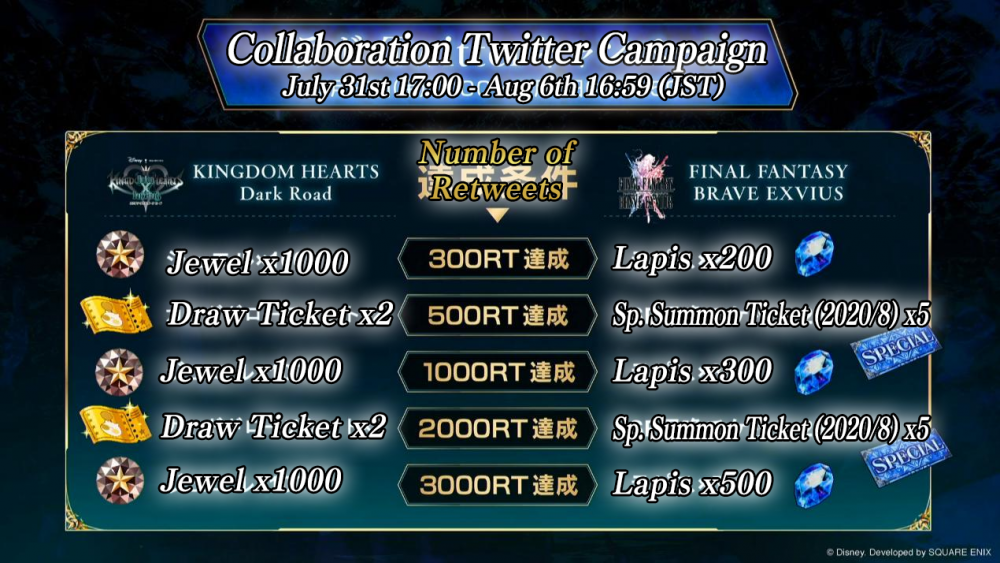 How do you feel about the new Kingdom Hearts units and cards being implemented into Final Fantasy Brave Exvius? Let us know in the comments below!