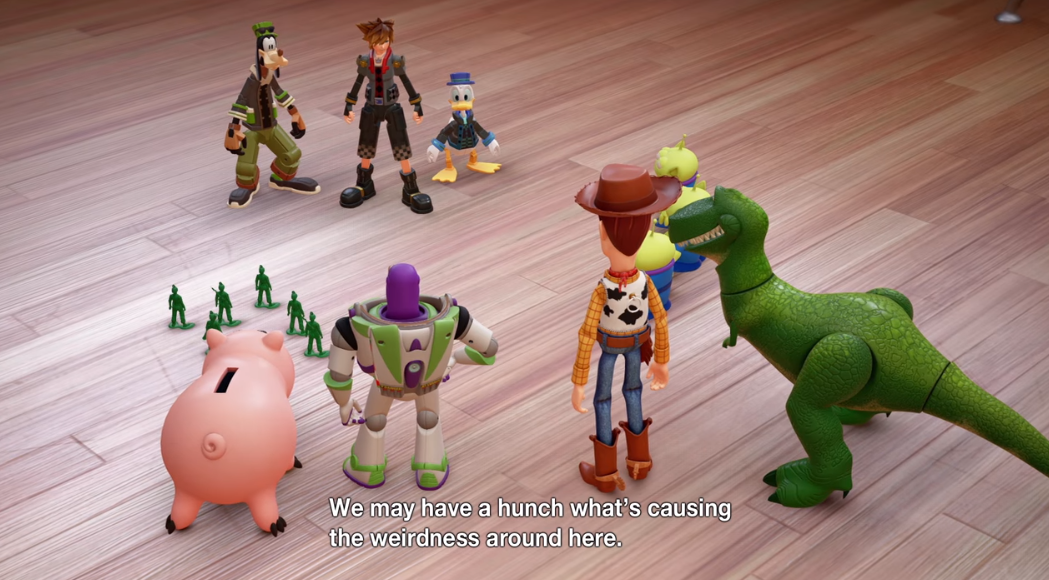 At today’s Level Up! The Walt Disney Company’s Video Game Showcase at D23 Expo 2017, Square Enix has showcased a new trailer for Kingdom Hearts III giving us us a first look at a brand new world set in the Toy Story movie through a trailer.

The Toy Story world has been showcased for the first time and is now confirmed to appear in Kingdom Hearts III, which is an exciting addition to the Tangled and Big Hero 6 worlds that have been confirmed previously.

After the trailer was shown, Pixar Animation Studio story supervisor Jason Katz and Pixar Animation Studios associate creative director Tasha Sounart came onstage to discuss the new Toy Story world. Tasha Sounart helped work on the Toy Story world with the art style, creative direction, and animation. She said one of her favorite things to work on was to help design the toy versions of Sora, Donald, and Goofy, as well as the Toy Story Keyblade. They also confirmed that the Toy Story world will have a brand new story, never before seen in any of the movies, just like the Big Hero 6 world. To close it off, Nomura said there's more announcements coming and expressed his gratitude.

Official renders of Sora, Donald, and Goofy in their Toy Story forms have been released as well. View them in the gallery below:

What do you think of Toy Story? What other worlds would you like to see in Kingdom Hearts III? Let us know in the comments below!