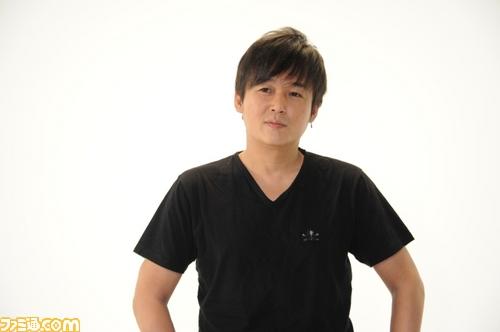 Personalities from the Kingdom Hearts team share 2019 resolutions: Nomura to announce various plans, his keyword for the year being "7"

Towards the end of every year, Japanese video game websites 4Gamer and Famitsu publish comments by personalities from the video game industry in regards to the new year and what they are looking forward to. This year, Kingdom Hearts III director Tetsuya Nomura, brand manager Shinji Hashimoto, and composer Yoko Shimomura, along with Kingdom Hearts battle system planner Yosuke Shiokawa, participated in the end-of-year questionnaires.

You can read their comments below; translations are courtesy of KH13 Staff @Mio-chan and xionskeyblade. 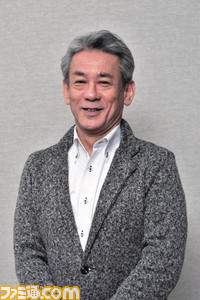 Q. Among the games released in 2018, which title was the one that impressed you?
"Battlefield V. I think that the sensation of World War II’s battlefield was very well done."

Q. What was the most impressive entertainment content released in 2018 according to you?
"Bohemian Rhapsody. With extraordinary singing and acting skills, it was a work that aroused a lot of surprises, even to myself. In one word, it was impressive."

Q: In 2018, which personality did you paid attention to?
"Women’s figure skating, Rika Kihira."

Q: Tell us your resolution for 2019, as well as a message for the 4Gamer readers, please.
"Kingdom Hearts III and LEFT ALIVE will finally be on sale. I want to be healthy and make sure to do my best to show you those two new works.
"I think that I got a game that will make everyone happy, so please look forward to it.”

What I'm paying attention to in 2019: "Avengers: Endgame"

Q: Among the games released in 2018, which title was the one that impressed you?
"So... sorry... I was too busy to have time to play and check games other than my own works…"

Q: What was the most impressive entertainment content released in 2018 according to you?
"I was writing the music for it, and it feels like I’m doing some advertisement but… there is a TV anime called High Score Girl. As the game was too realistic like a play in play, it was remade as an anime, and I was shocked. And it was also shocking that the songs I composed several decades ago and the ones I made recently alternated in it (laughs)."

Q: In 2018, which personality did you paid attention to?
"Mystery writer Atsuhi Shimomura. I love reading mystery genre stories, it’s an author that shares a family name with me so I picked (the book) it up, read it, and it was fun!!
"I just started reading his work, and I would like to read more of it."

Q: Tell us your resolution for 2019, as well as a message for the 4Gamer readers, please.
"This year was a challenge, we provided music for the Takarazuka Revue [an all-female musical theater troupe], for the TV anime High Score Girl, but also continuing from last year, producing music for genres other than video games. It seems that both were popular and that pleases me. People who produce games were also fulfilling this year.
"Next year, Kingdom Hearts III will finally be released and hopefully the players will enjoy the music as well. I would like to participate as much as time allows me to, going to concerts, events and such, as well as composing next year." 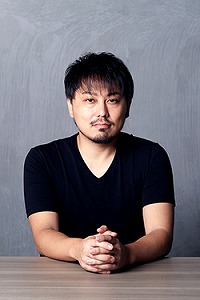 Q. Among the games released in 2018, which title was the one that impressed you?

"Answer: Pac in Town ». As a MR attraction using HoloLens, it is a game that was deployed for a limited time. Players become Pacman, collecting dots floating on the field while avoiding monsters, competing for points. Although I still felt the experimental aspect, the game which puts elements of mixed reality in play has finally come out, meaning that new forms of games emerged, and this was greatly inspiring. I was impatient and busy playing this, it’s a good memory."

Q. What was the most impressive entertainment content released in 2018 according to you?

"It’s MANGA Performance W3. It’s a stage without any dialogue, but with a manga-like production by projection mapping. The performance of the actors intermingles perfectly, and the storytelling method makes us feel it without words, it was very impressive. "It’s a sensitivity that has yet no name" - this printed catchphrase begins to change, as there is certainly something fresh to it.”

Q: In 2018, which personality did you paid attention to?
"Akira Nishino led the Japanese delegation as a coach at the 2018 Fifa World Cup. I think that the World Cup was a sequence of scenes that required an ample amount of energy to make big decisions, including before the event. Regarding the comparison between football and the video game, the fields and scales are different. Just leading a team or a project […] what should you think about, how do you steer toward the right decision and why? There are many aspects to be learned in such a short amount of time."

Q: Tell us your resolution for 2019, as well as a message for the 4Gamer readers, please.
"In November 2018, I started a development studio called DELIGHTWORKS SWALLOWTAIL Studios. I will design entertainment works that will crush the philosophy of “design” and move people’s minds in various ways. In accordance with the establishment of the studio, a new original video game project has also been started. I couldn’t tell you the news earlier, but thank you for your continued support!"

2019 resolution: "Various plans will be announced."

What I'm paying attention to in 2019: "Avengers: Endgame"

Ichiro Hazama, the producer of Theatrhythm Final Fantasy (who has previously expressed interest in adopting Kingdom Hearts into Theatrhythm), also answered the questions on Famitsu and stated that he is looking forward to Kingdom Hearts III.