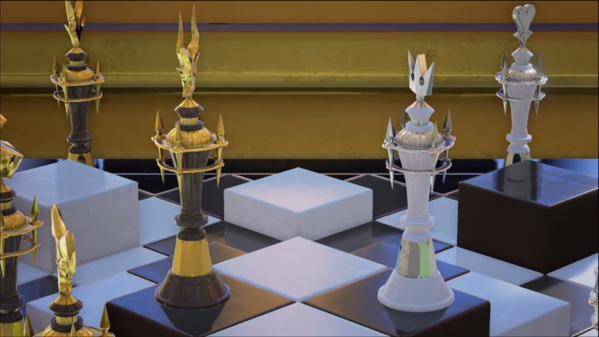 In an interview with Dengeki Online, Tetsuya Nomura, the director of the Kingdom Hearts series, has shared more details about the opening scene of the

You can view a full translation of Nomura's answers from the interview below, thanks to Siliconera!

That is called the ‘Attraction Flow,’ and it’s one of the featured elements of the game. After meeting certain requirements, you’ll get the option to activate it, and as far as visuals go, it’s pretty elaborate. As a matter of fact, the UI shown in the trailer is a temporary one, and once you actually get to use the Attraction Flow, it will also change the UI while active.

Also, as far as ledges, elevation differences, and slopes go, Sora’s actions will automatically change as part of the introduction of the “Free Run” feature, which will give it a more dynamic sense of action

[About the conversation between Eraqus and Xehanort]

Yes, that is [the opening scene for Kingdom Hearts III]. The game will start with the conversation between the two,” says Nomura. “It’s actually a much longer conversation scene, but we’ve extracted that part to show in the trailer. As you may have noticed from seeing them, it’s a scene that takes place a very long time ago, and that’s where the story of Kingdom Hearts Unchained X[chi] connects [with the game].