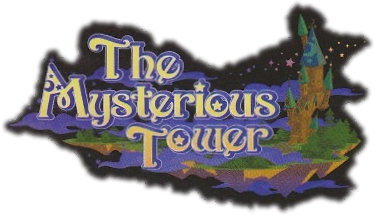 The Mysterious Tower is a world in the Kingdom Hearts series inspired by the film Fantasia. It serves as the homeworld of Master Yen Sid. Since its debut in Kingdom Hearts II, it has appeared in every entry of the series, with the exception of 358/2 Days, Coded, and Re:Coded.