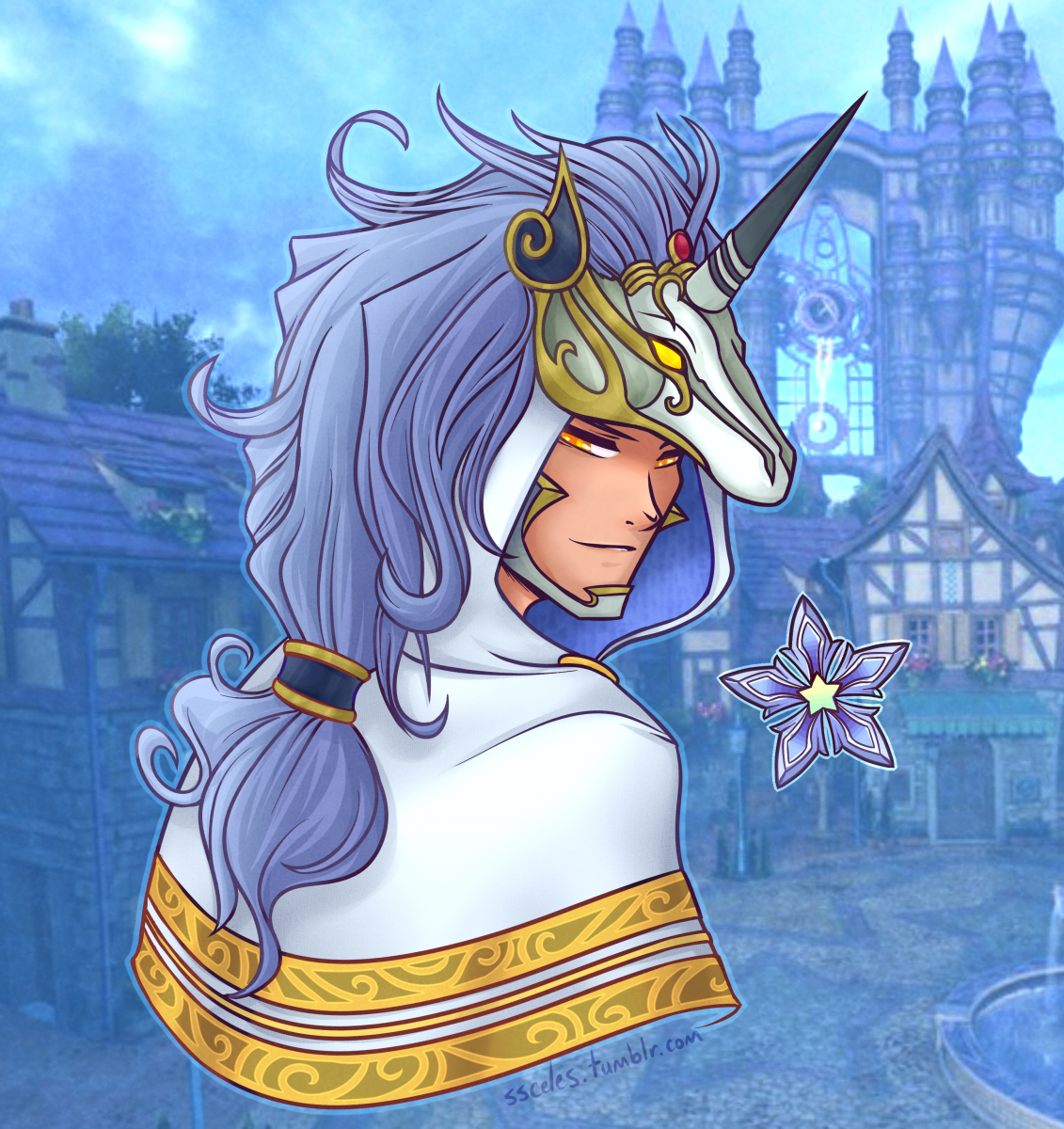 -- song lyrics from "Emperor's New Clothes" by Panic! At The Disco

I decided I ought to give you guys on KH13 some more art~~! This was originally drawn for my English KHUX party the "Unicornorts" per (joking?) fan theory that Unicornis could be Xehanort.

[ Use of this art on YouTube and themes/templates for any website is allowed with linked credit to my Tumblr post. Use as cropped avatars/icons/signatures is always okay with my art. However, only KH13's official social media accounts are allowed to repost my art, with credit. No one else is allowed to repost the art itself on social media such as Twitter, Tumblr, forums, reddit, or facebook - please link only. ]