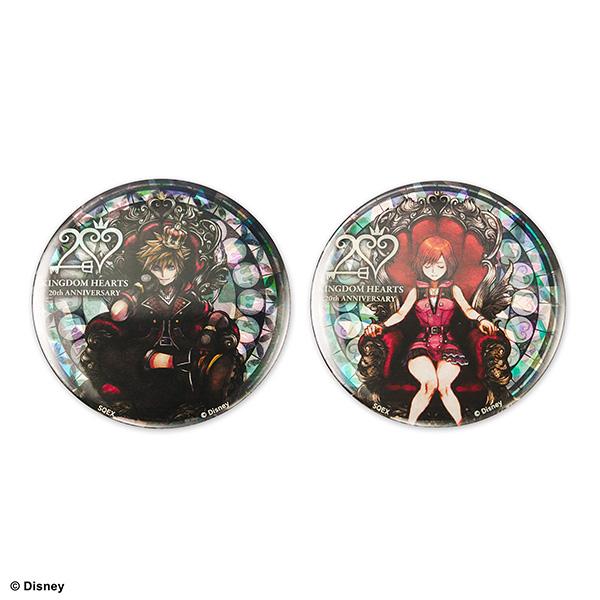 Square Enix has announced that previous Kingdom Hearts 20th Anniversary cafe exclusive merchandise, a Pin Badge Set depicting Sora and Kairi atop their thrones, is available for pre-order via the Square Enix North American ($17.99) and Japan (¥1,650) stores. The product is releasing for the former storefront in November 2022, while the latter is shipping it on April 28th, 2022.

You can view the Kingdom Hearts 20th Anniversary Pin Badge Set via our gallery below: