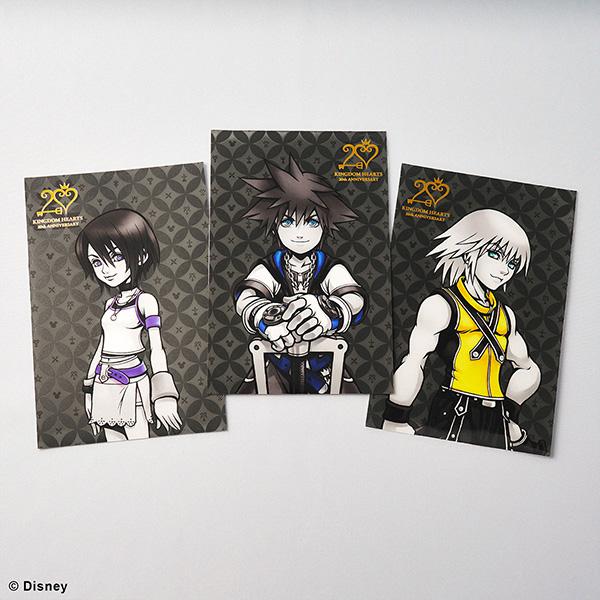 Square Enix has announced that previous Kingdom Hearts 20th Anniversary cafe exclusive merchandise, a postcard set, is now available to pre-order via their digital Japan storefront for ¥1,650 ahead of a provided April 28th, 2022 release date. Additionally, an Aitai Kuji store link is available at this article's conclusion.

You can view official images of the Kingdom Hearts 20th Anniversary postcard set via our gallery below: