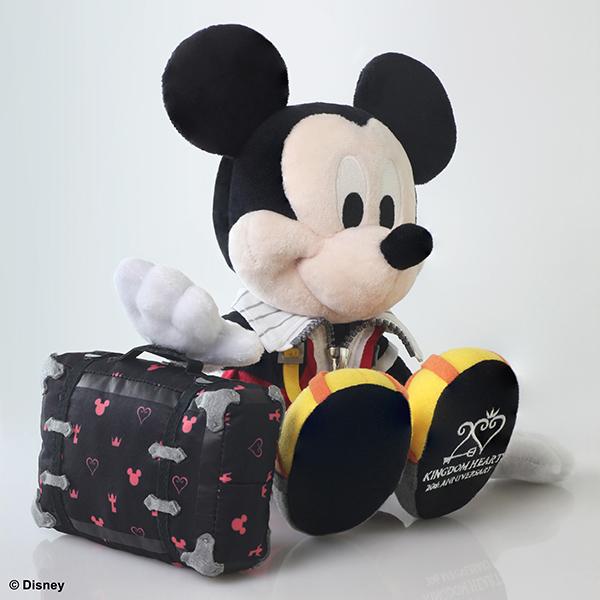 Square Enix has revealed more celebratory Kingdom Hearts 20th Anniversary merchandise; a King Mickey plush revolving around his Kingdom Hearts II attire. The endearing collectible comes with a miniature suitcase, and it has the 20th-anniversary logo engraved upon his left shoe's sole.

Further, the plush is available for pre-order via Square Enix Japan's digital storefront (¥9,680), and it is planned to ship on November 12th, 2022.

You can view images of the Kingdom Hearts II King Mickey 20th Anniversary Plush via our gallery below:

The product is now available for pre-order via Square Enix North America for $99.99 ahead of a March 2023 release window.

AmiAmi & Aitai Kuji have also listed the product for pre-order: