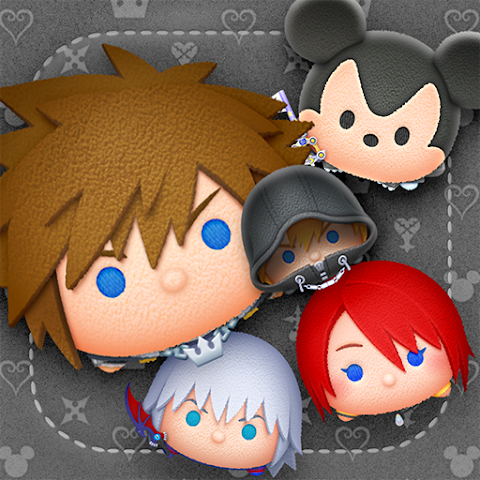 No details on what this collaboration will consist of were stated, but the app icon has already changed. The new image contains Sora, Kairi, Riku, Mickey, and Roxas, so they'll likely be included in some capacity.

The tweet initially announcing this development is viewable below. Its message states, "May your heart be your guiding key...":

UPDATE 8/29/2022: Further details on this collaboration have been provided, viewable below with translations by our team's Ryuji:

The Keyblade-wielding hero and his Nobody! As a Pair Tsum, they have a set of THREE skills!

Sora: Erases all Tsums in a diagonal line.
Roxas: Erases the surrounding Tsums adjacent to the connected Tsums before the skill is used.
Roxas + Sora Duo Skill: Combines both Sora’s diagonal erasure and Roxas’ adjacent effect.

King Mickey (KH3 Ver.)
The King of Disney Castle and one of the Keyblade Masters! His skill diagonally erases all items.

A dark-clad version of Riku. His skill erases all Tsums in an X-shaped line.

Starting September 4th, the "Kingdom Hearts - Battles in The Tsum Tsum World" will be held, in which players will be able to complete missions and visit six different worlds, including Destiny Islands and The Land of Dragons.

Depending on the number of worlds cleared, you can obtain Skill Tickets and limited-edition pins. Furthermore, Shadow Missions and Battle Missions will be added to the game for a limited time. The new Sora & Roxas, King Mickey (KH3 Ver.), and Dark Riku will have character bonuses!

Additionally, to celebrate the appearances of these new Tsum Tsums, a giveaway is being held via the game's official Japanese Twitter account. 15 winners will win an original cushion set.

The new collaboration trailer is viewable below: