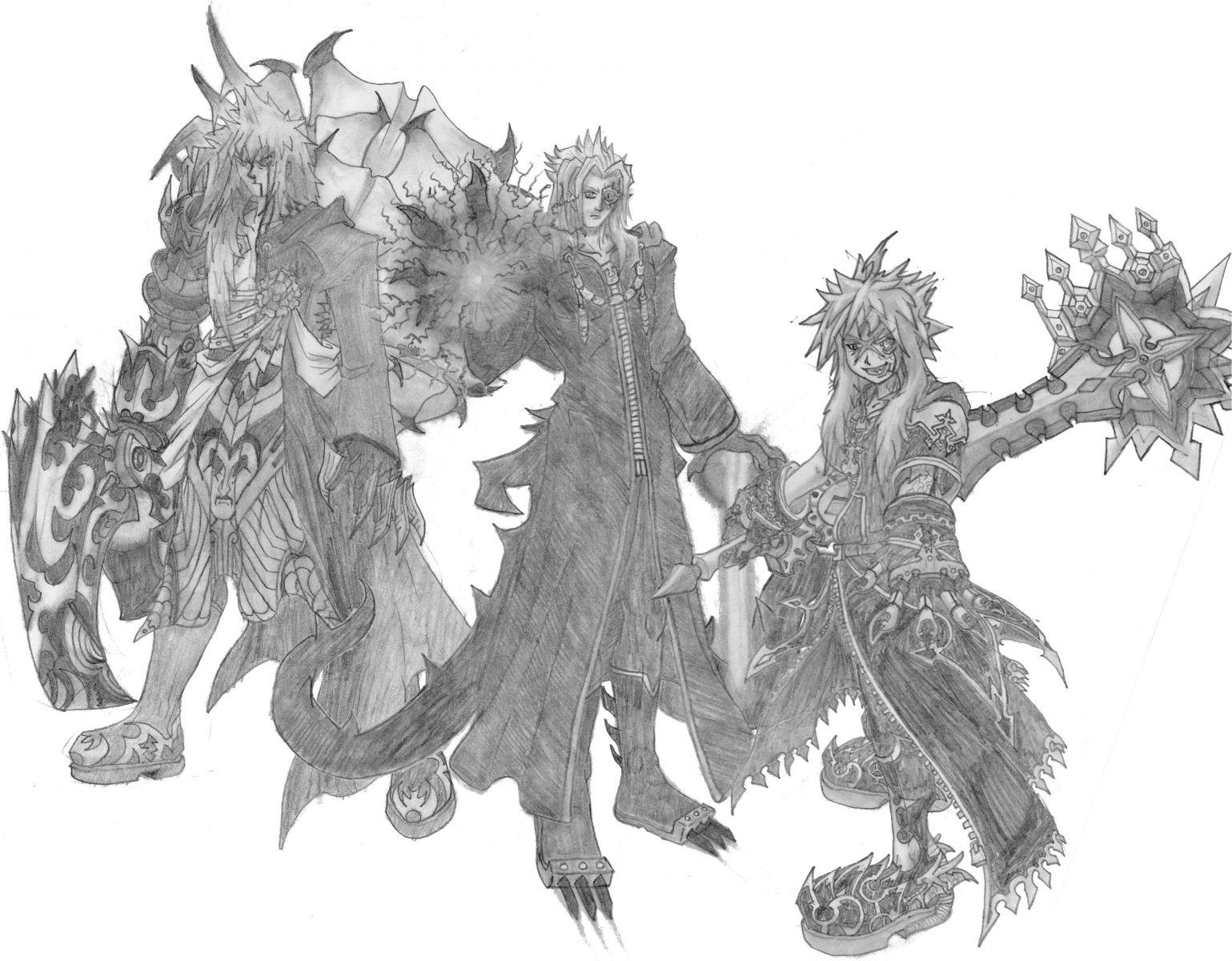 'Marluxia & Zeromus Fusion' ~ I had this idea when I first saw Zeromus in Final Fantasy XII. During this time, Marluxia was one of my favorite villains, so it's only natural for some fans to make some twists with the character.

'Xemnas & Maleficent Fusion' ~ It was a wild idea, BUT I DID IT!

'Saix's New Form' ~ What if Saix made a copy of Sora's DNA and mixed it with his?

These drawings were also done in 2006.