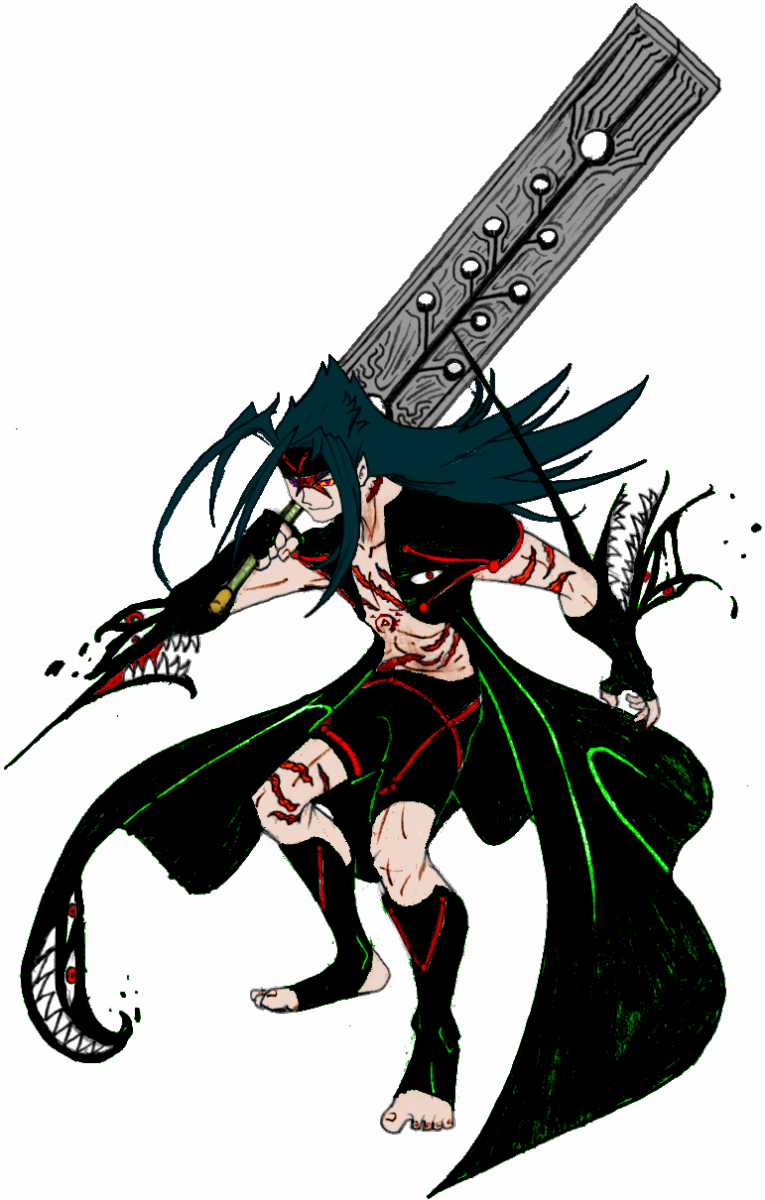 To signify Xehanort's dedication to Father, he bonded Saix's body with what remained of Envy after he was defeated by Marcoh and the Chimera traitors in Briggs. Now that the two became one, Father gave them a small fragment of the Gate to use as a weapon, hence the Keyblade's arch enemy, the Gatesword. With it, Envaix could summon anything he wanted from the Gate of Truth, including the Unversed!

He will appear soon in Fullmetal Kingdom.