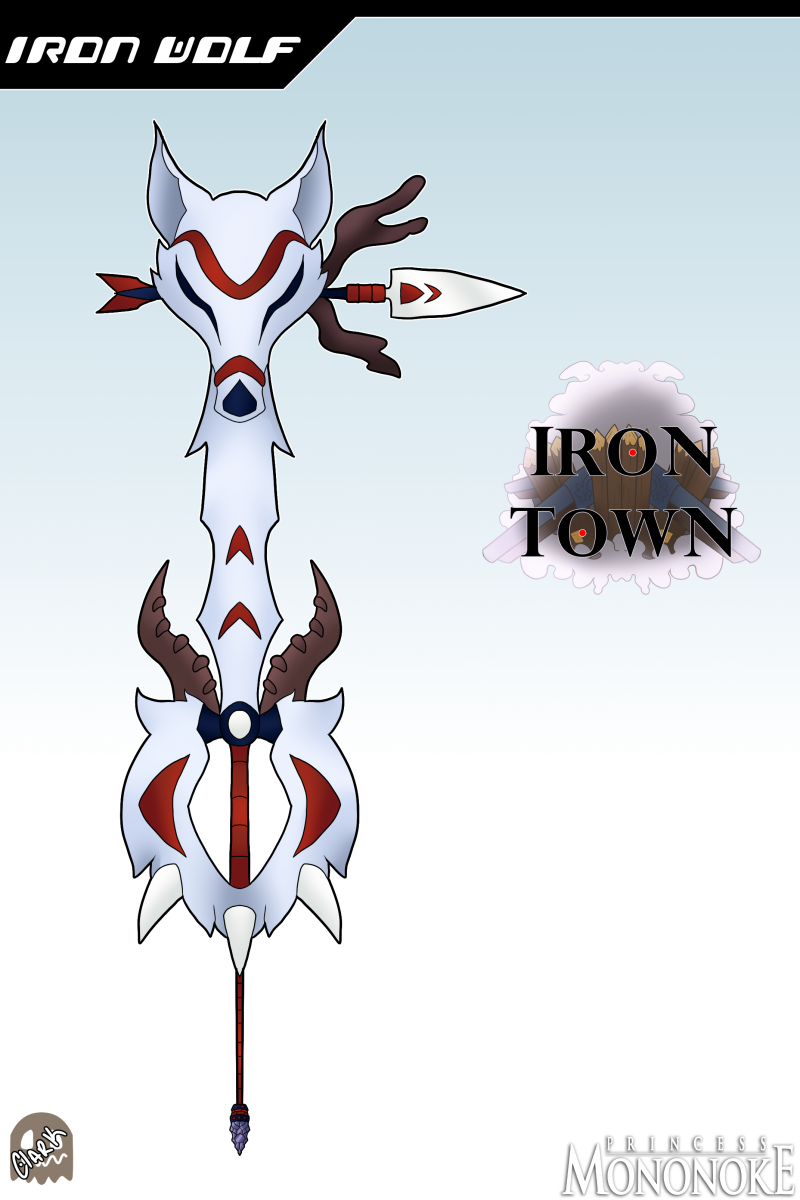 IRON WOLF - A Keybladed modeled after the feral nature of Princess Mononoke! This Keyblade is designed for combos and combo extenders! The Hilt of the keyblade is modeled after wolf fur, with San's face paint on the side, along with her fang necklace forming the pomel. The cross guard is made from her headband with Yakul's horns framing that. The shaft of the blade is again wolf fur, but with the markings of San's spear on it. The teeth of the blade are formed from a wolf head with markings of San's mask, but with an arrow through it that matches the same design of San's spear, and the demon parasite bursting through it.  The world logo comes from the Iron Town, a major city that the film takes place around. The name comes from the fight between the Human's slinging Iron against the spirits of the forests, namely the Wolves.