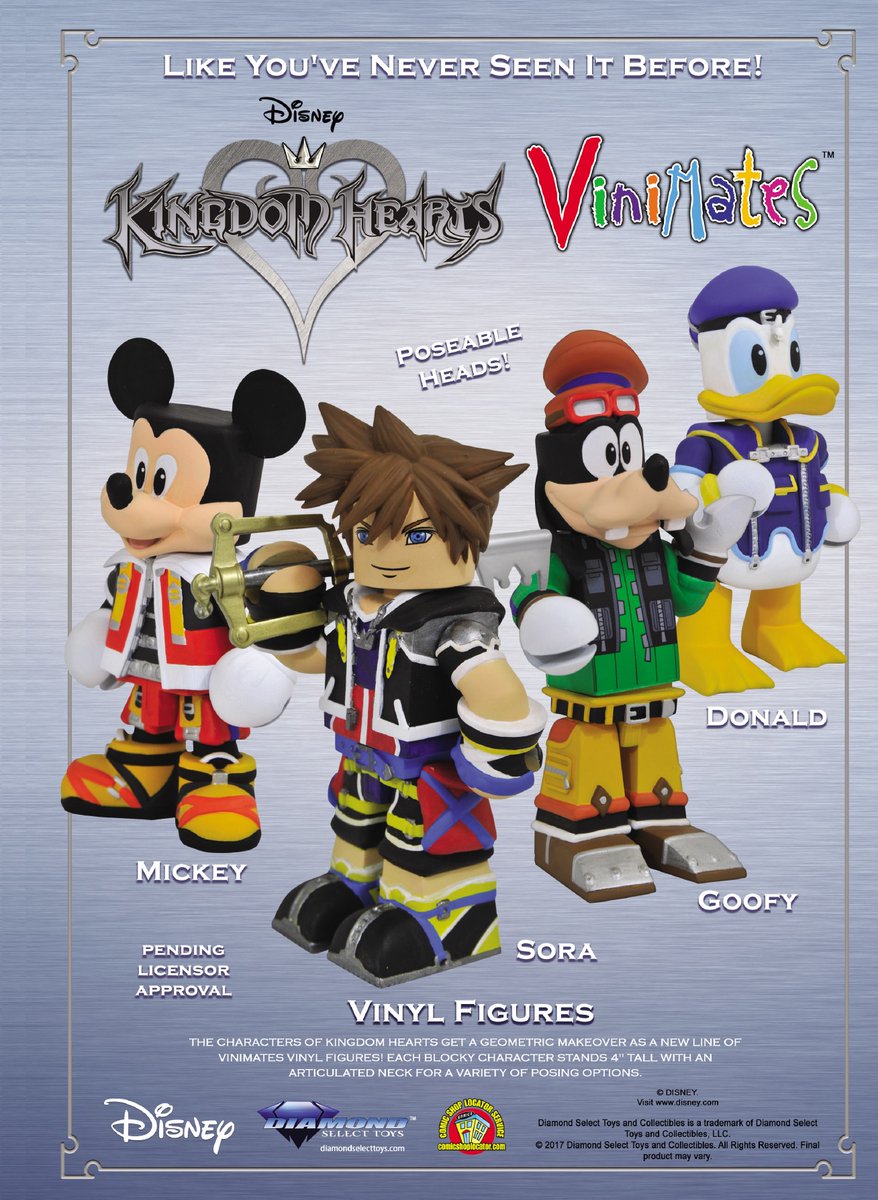 Diamond Select Toys will be soon releasing four Kingdom Hearts vinyl figures from their Vinimates line. The 4-inch Kingdom Hearts II Sora Vinimate was first put on display at Chicago Comic & Entertainment Expo (C2E2) 2017. It is expected to release this fall, along with figures of Mickey Mouse, Donald Duck, and Goofy (displayed below), priced at $10 USD each.

Vinimates are a line of 4-inch vinyl figures designed in the Minimates block-figure style, featuring characters from popular media. You can find more about and shop for Vinimates here.

Thanks to GameSpot for the tip!

Will you be purchasing these Kingdom Hearts Vinimates? Let us know in the comments!

UPDATE 1: Diamond Select Toys' Kingdom Hearts Sora, Mickey Mouse, Donald Duck, and Goofy Vinimates were shown off at SDCC (San Diego Comic Con) 2017. Check out photos of them there, provided by @churroz on Twitter, below:

Thanks to @aibo_ac7 for the tip!