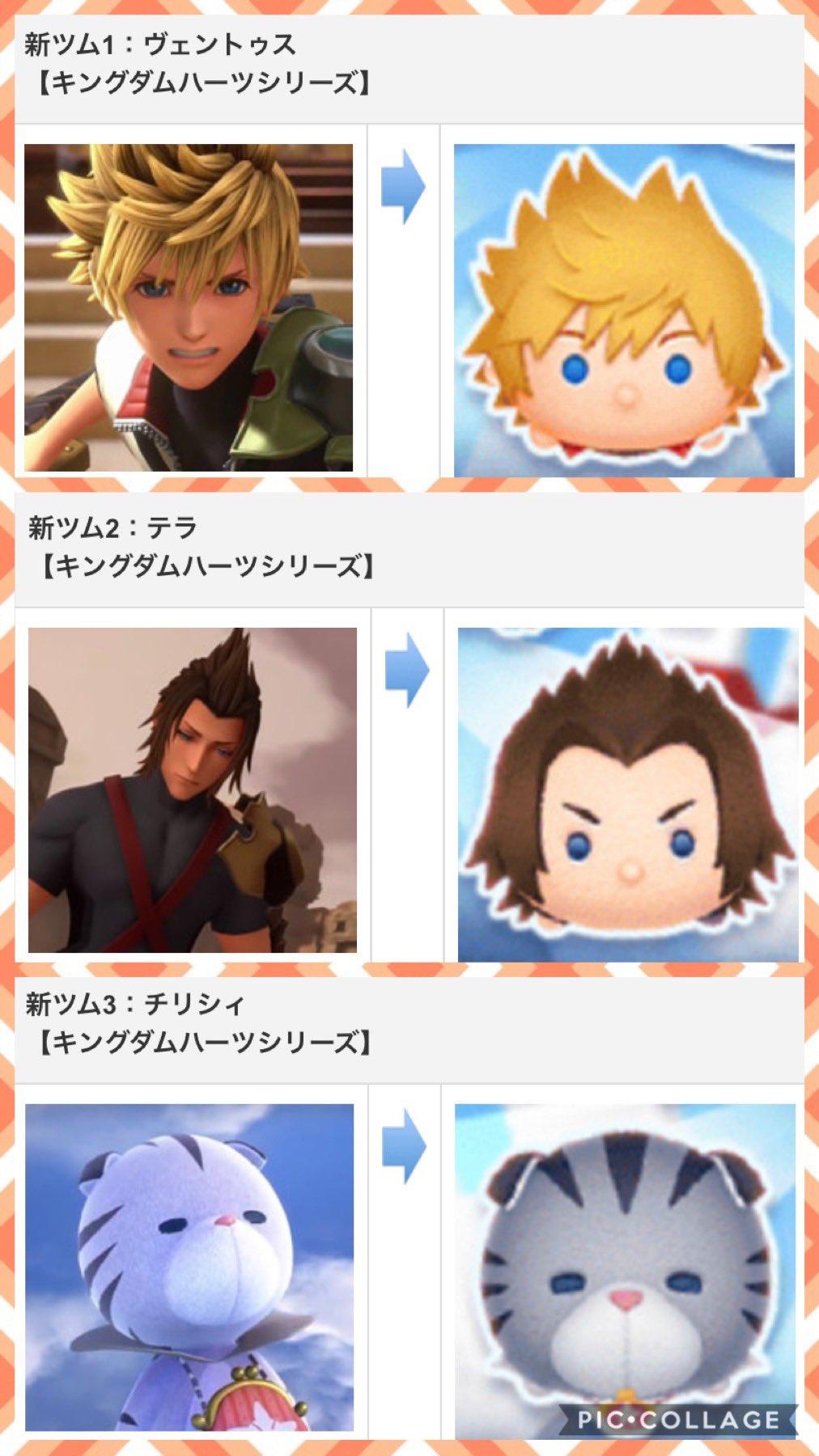 Terra, Chirithy and Ventus from Kingdom Hearts will be arriving in Line: Disney Tsum Tsum (Japan) in September 2019

According to leaks provided by Twitter user @nogitako46, Terra, Chirithy and Ventus from Kingdom Hearts will be making their way into the Japanese version of the LINE: Disney Tsum Tsum mobile game in September!

UPDATE: These leaks have now been confirmed to be true by the official Tsum Tsum twitter account! You can check the tweets out here and here. 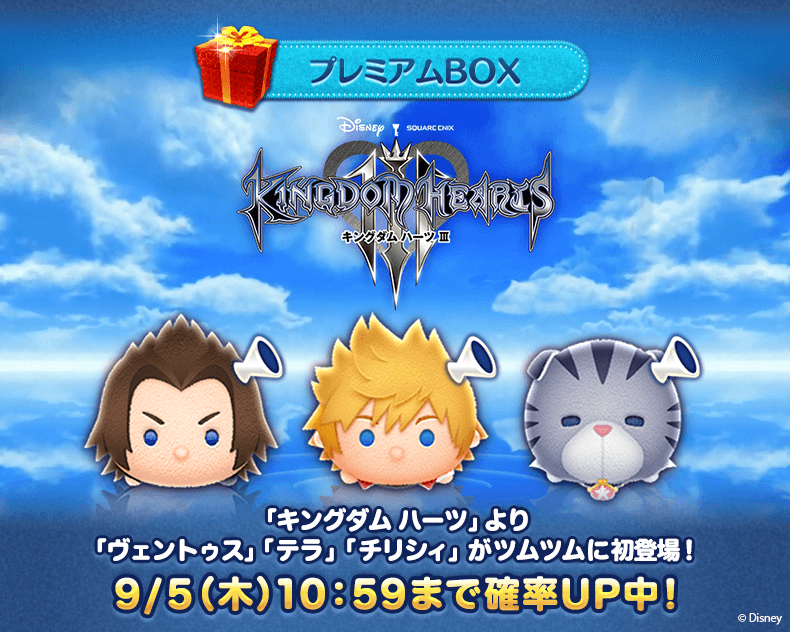 Honey Lemon and Fred from Big Hero 6 seem to be arriving as well.

With such a vast array of Kingdom Hearts characters arriving in this game, one can only hope that they make their way westward in due time.

All of the Kingdom Hearts characters that have been a part of Tsum Tsum so far are Aqua, Shadow, Xemnas, Ansem, Halloween Sora, Bolt-headed Goofy, Kairi, KH3 Sora, King Mickey, Mummy Donald, Riku and Sora.

Are you a LINE: Disney Tsum Tsum player? And if not, do these character inclusions entice you into giving the game a chance?