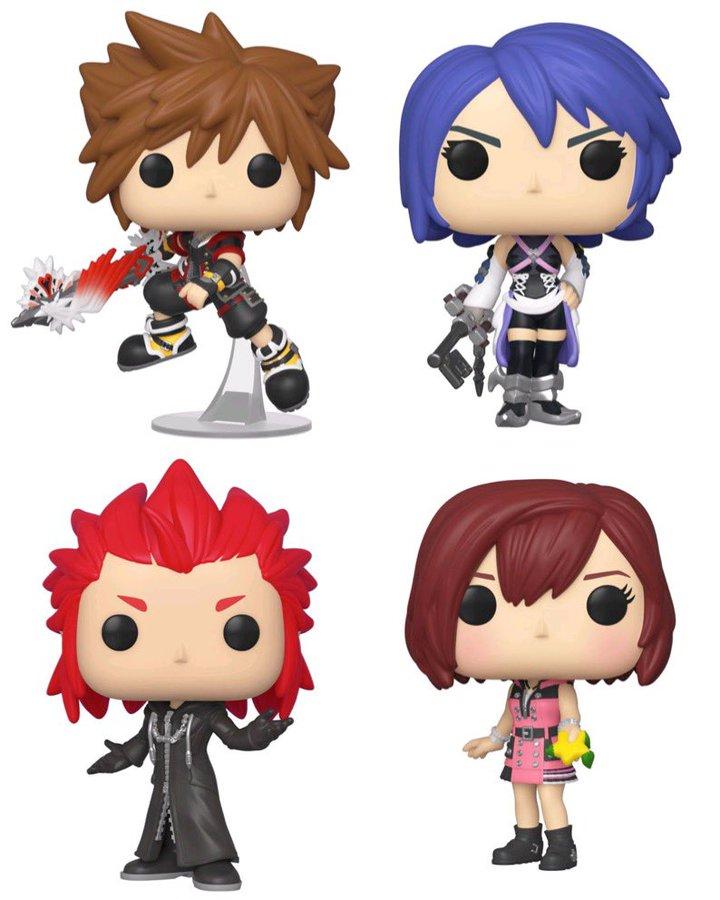 DisFunko has revealed the next wave of Funko Pop! Kingdom Hearts III figures. These new figurines include Sora with Ultima Weapon, Aqua, Lea, and Kairi. Back in May, it was announced that Aqua, Kairi, and Lea would be releasing in autumn of this year. Kairi is being reported to be released in late October.

You can view the figures in the gallery below.

UPDATE: Sora (Ultima Weapon), Aqua, Lea, and Kairi can be pre-ordered on Entertainment Earth. Each figure will cost $10.99 and have a tentative release of November 2019.

Will you be adding these to your Funko POP! collection? Let us know in the comments below!