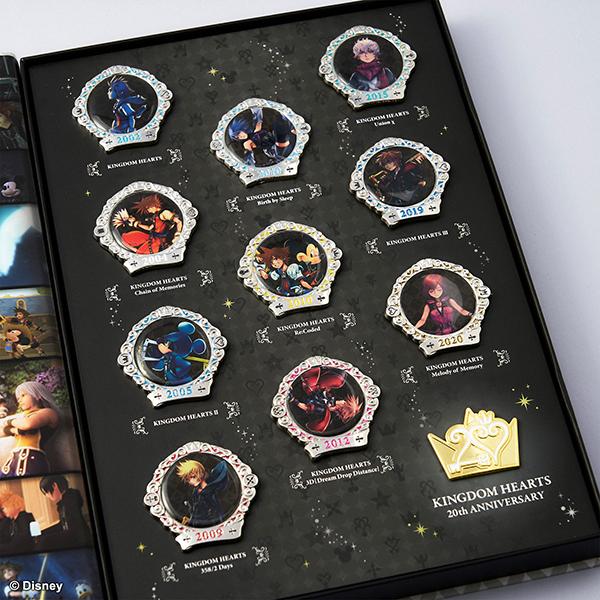 Square Enix has revealed more celebratory Kingdom Hearts 20th Anniversary merchandise; pin boxes boasting gorgeously arrayed key art from the franchise. The pin boxes are divided across 2 sets, with them both available for pre-order via Square Enix Japan's digital storefront for ¥13,750. They will also ship on September 17th, 2022.

The Square Enix Japan store links are listed below:

You can view images of the Kingdom Hearts 20th Anniversary Volume 1 & 2 Pin Boxes via our galleries below:

The products are available for pre-order via Square Enix North America and they both ship in January 2023 with $134.99 price tags.

Both Pin Boxes are also available for pre-order via AmiAmi with September 2022 shipments. Further, each package costs ¥13,060 (approximately $100). Thanks to Twitter user @NipahDUBS for pointing this out.