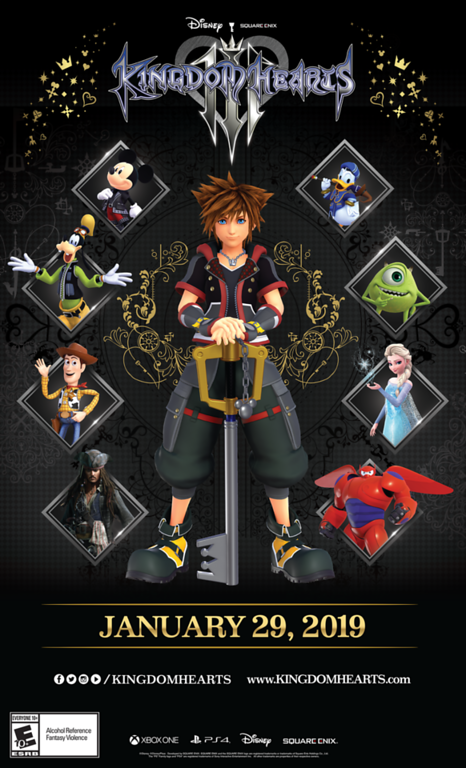 A Kingdom Hearts III pop-up experience has just been announced! The campaign will take place at Disney Springs in Walt Disney World Resort in Bay Lake, Florida, from December 14, 2018, to January 31, 2019. Special features will include a playable demo of Kingdom Hearts III, a special Keyblade exhibit, and Kingdom Hearts artwork.

LOS ANGELES (Dec. 5, 2018) — SQUARE ENIX® and Disney are bringing the magic of the KINGDOM HEARTS video game worlds to Disney Springs at Walt Disney World Resort. For a limited time, Disney Springs guests will be among the first to play a demo of KINGDOM HEARTS III and, for those who visit before January 29, among the few that get to experience the game before its release.

This one-of-a-kind KINGDOM HEARTS pop-up experience also features a special Keyblade exhibit, featuring life-size replicas directly from KINGDOM HEARTS III, larger-than-life art inspired by characters and worlds from the game, and digital kiosks where attendees can pre-order the game and merchandise ahead of their releases.

The Disney Springs KINGDOM HEARTS location will be open from December 14, 2018 through January 31, 2019. 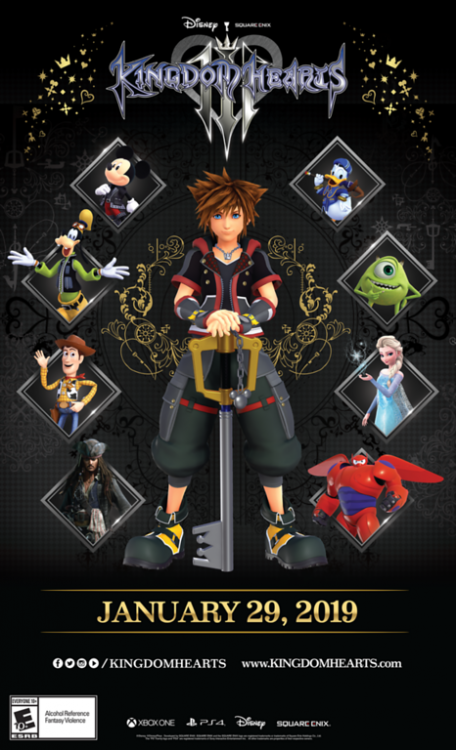 UPDATE (Dec 7, 2018): Posters for the pop-up experience have been found around Disney Springs. The signs include Monsters, Inc., Toy Story, and Pirates of the Carribean. You can see them in the gallery below. (Pictures taken by Fulcrum422)

UPDATE (Dec 10, 2018): The Pop-Up Experience will be located in the Town Center of Disney Springs. According to the latest Dub Dee Dub Revue Podcast, the experience is speculated to be in the former Disney Corner building.