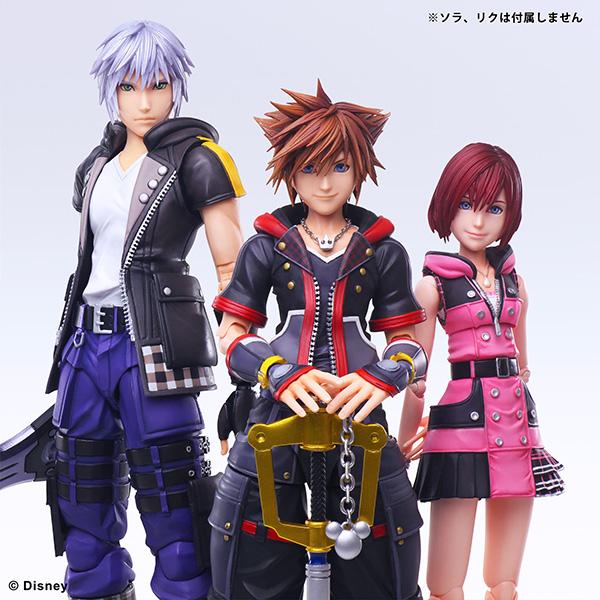 Riku’s Deluxe figure comes with “two face options, including a smiling face and a battle face, the Keyblade Way to the Dawn, and the broken Way to the Dawn.”

Additionally, Sora’s Deluxe figure has “two extra face parts, one with a smiling face and the other with a battle face, as well as the Shooting Star and Ultima Weapon Keyblades.”

You can view each figure via our gallery below, alongside their respective Square Enix Japan store pages.