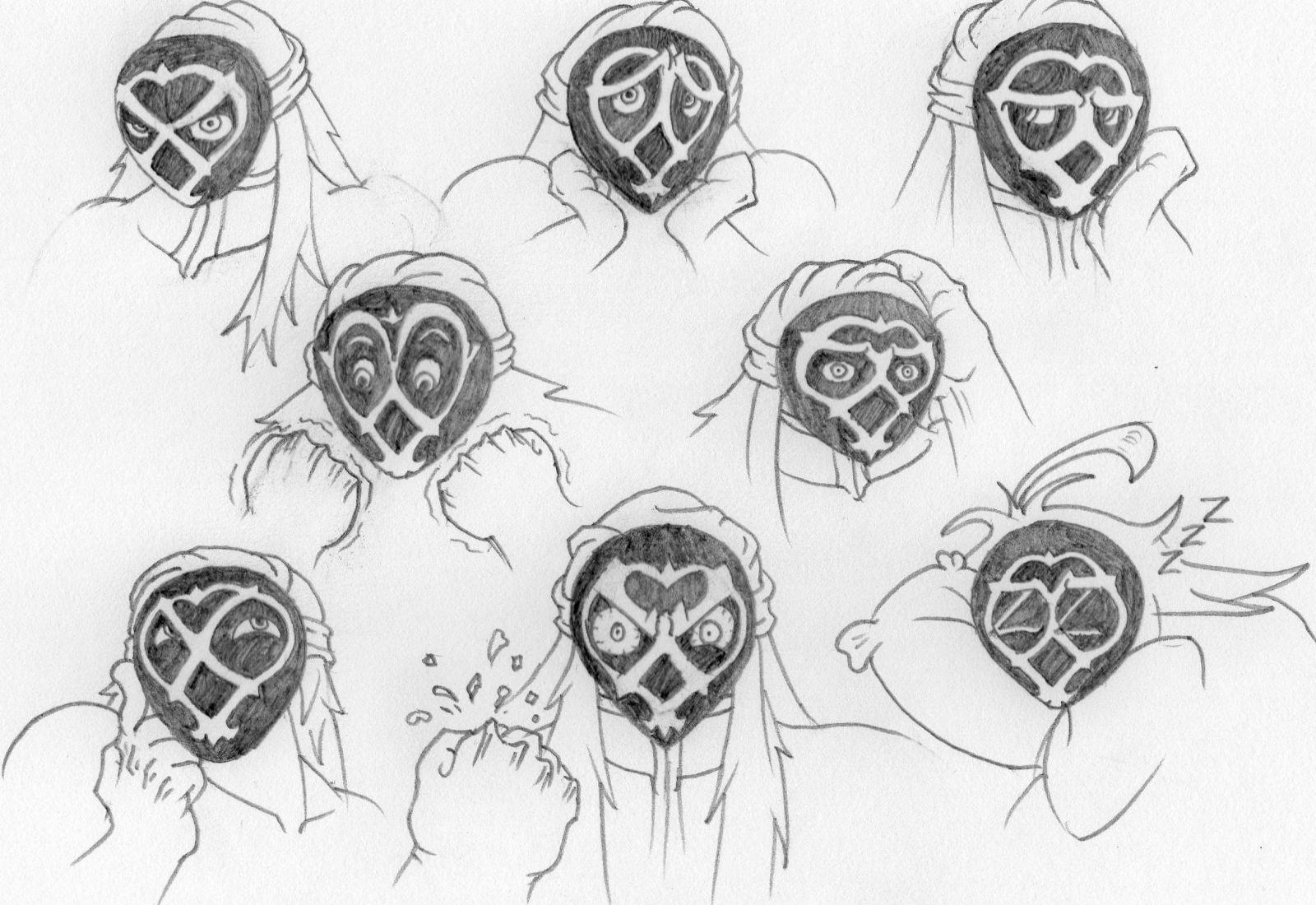 Crimson's mask is what it is, but since the Kingdom Hearts games and the Fullmetal Alchemist animes show every character's expressions, I figured Crimson should have a chart of expressions. Realistically, his mask wouldn't (or shouldn't) show his emotions, but if Crimson appeared in a future anime or game relating to Fullmetal Alchemist or Kingdom Hearts, I'd like his mask to move it's brows like on the drawings...

3. Annoyed Face (used for annoyance, being bored and disappointment)

5. Scared Face (used for fright, shock, heartbreak and being worried)