The Microsoft store has officially listed Kingdom Hearts HD 1.5 + 2.5 Remix for a February 17th release of this year for Australia, and February 18th for North America! You can only view this information if you are signed onto your Microsoft account.

Additionally, according to the store page, this game will have a 57.29 GB file size. Kingdom Hearts HD 2.8 Final Chapter Prologue was listed on the Microsoft store earlier today as well.

Credit to Miraculous Maku for the tip!

How do you feel about Kingdom Hearts HD 1.5 + 2.5 Remix makings its debut onto Xbox? Let us know in the comments below! 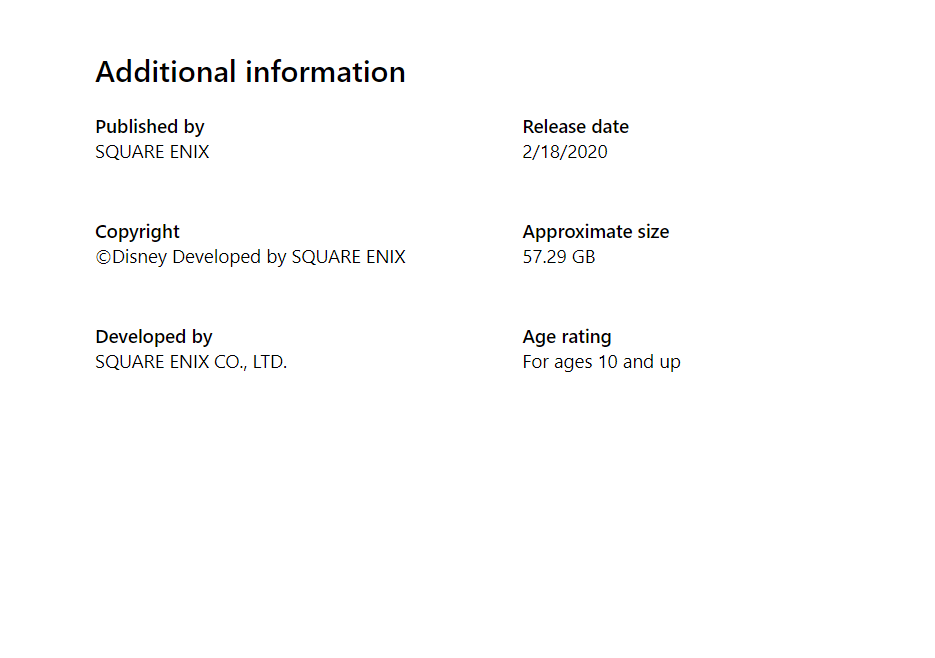