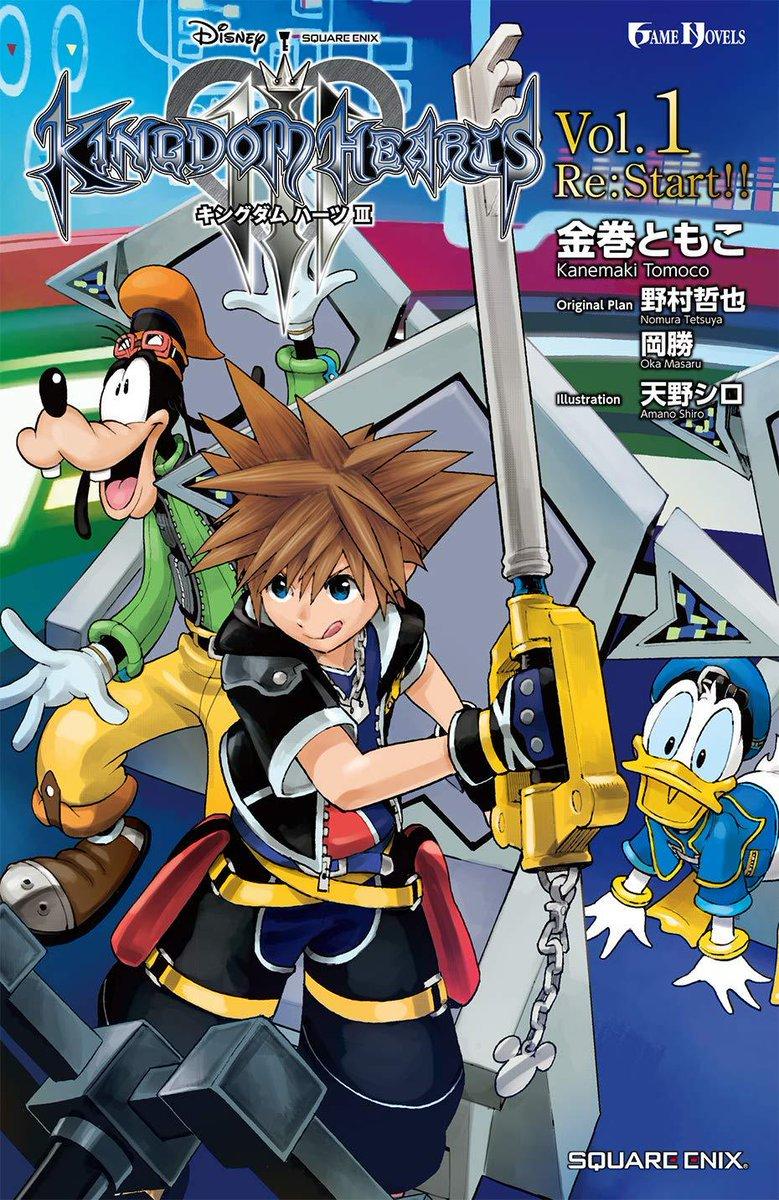 The first volume of the novel was previously released as GAME NOVELS Kingdom Hearts III Vol.1 Re: Start!! in Japan. You can see its cover below.

Chapter 4 of the Kingdom Hearts III manga is available to read online in Japanese. Yen Press has localized Chapters 0-2, which are available to buy digitally, and will likely release Chapter 3 within the next few weeks.