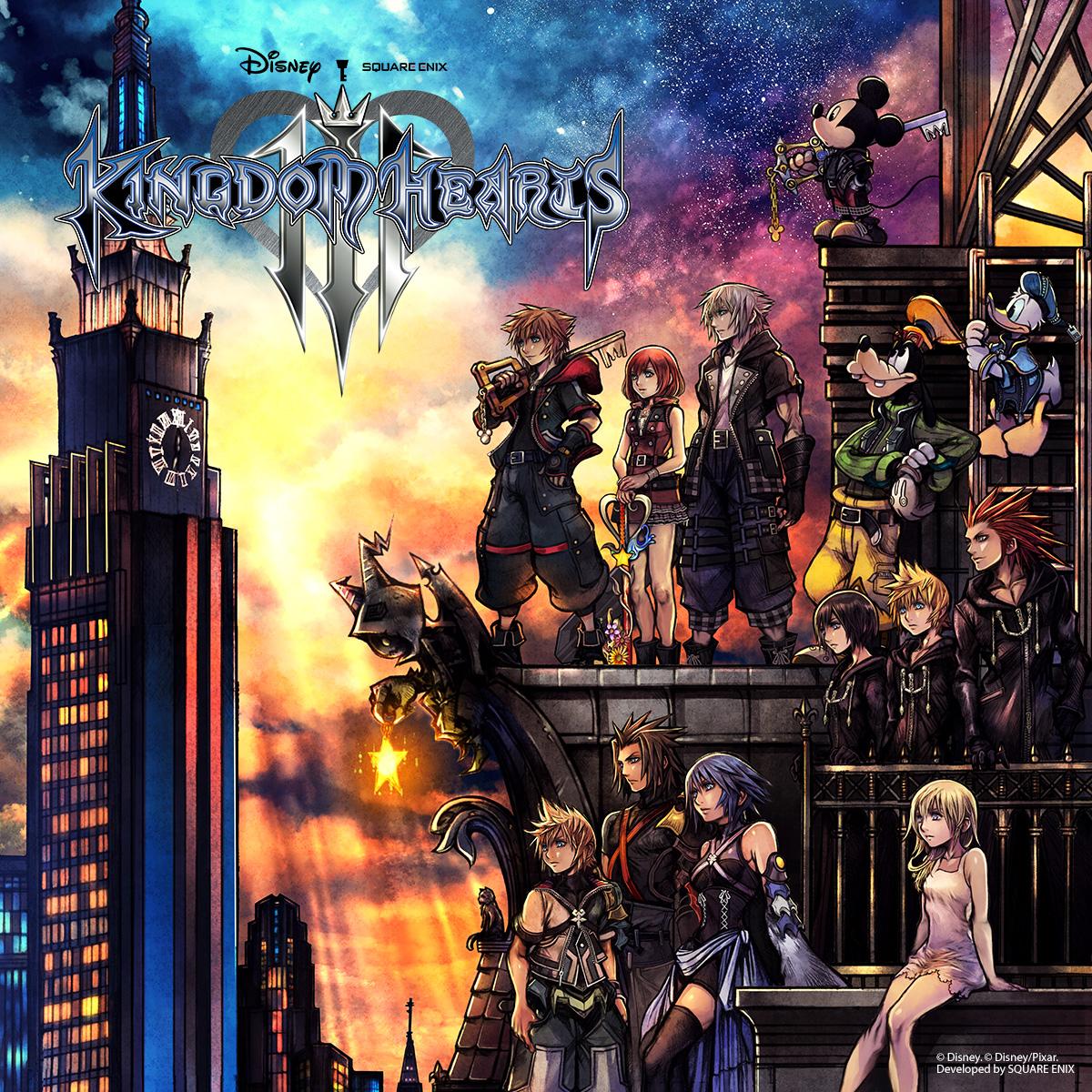 PlayStation Blog has revealed their 2018 Game of the Year Awards list and Kingdom Hearts III has been voted as the 2018 "Most Anticipated Game". 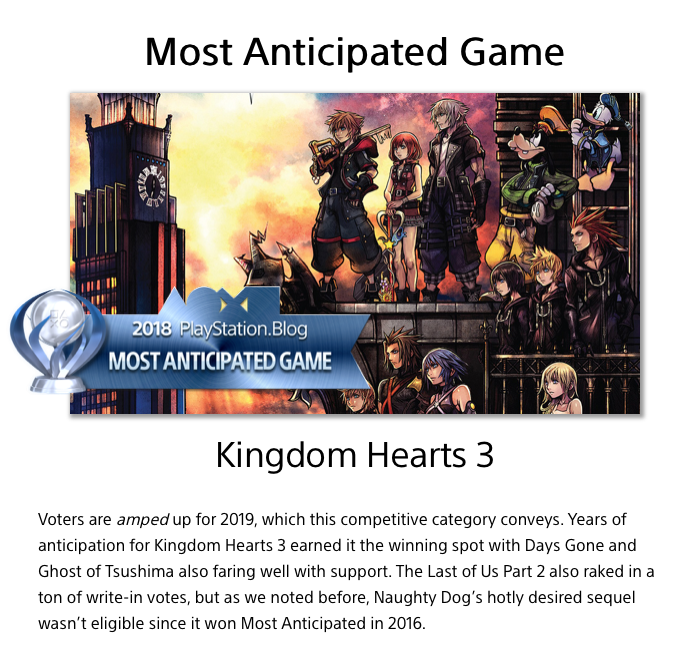 Kingdom Hearts III previously won Momocon E3 Choice 2018 Game Award along with nominated by IGN for Best of E3 and is also a candidate for Unreal E3 Awards 2018 during E3 2018 as well as being nominated for "Most Anticipated Game" at last year's Gamers' Choice Awards.

Kingdom Hearts III is now available in Japan and will be available worldwide on January 29th.

What do you think of this award? Let us know in the comments below and be sure to check in on our release coverage of Kingdom Hearts III!