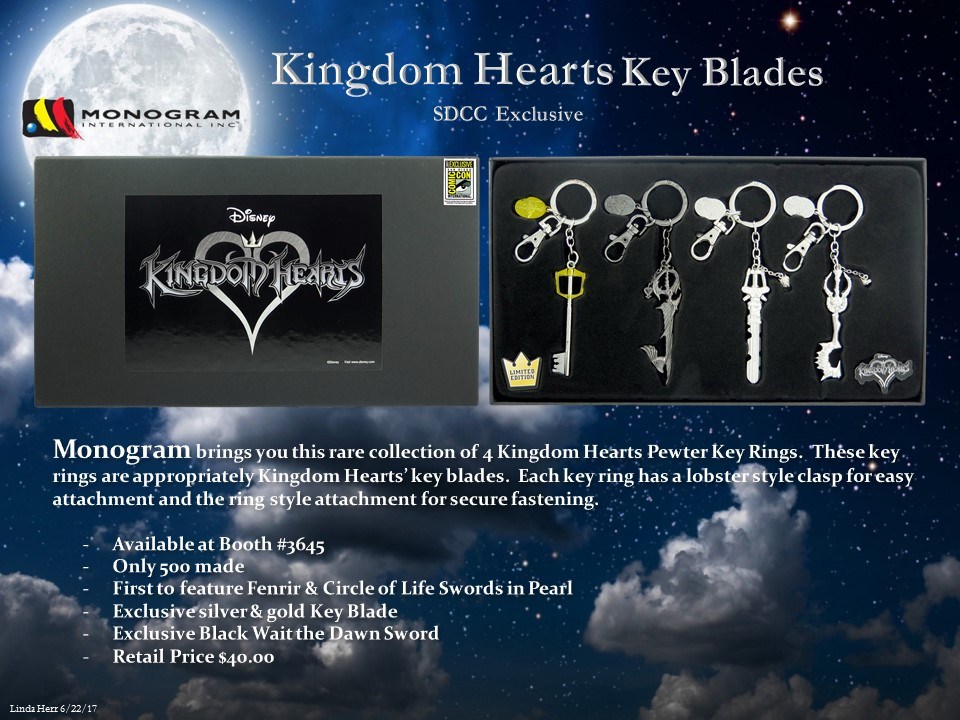 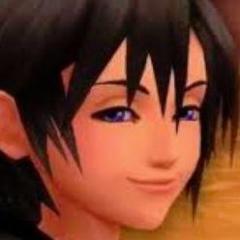 Monogram Direct is currently selling a San Diego Comic Con exclusive Kingdom Hearts Pewter Keyblade Key Ring Set at their booth, (#3645), at the convention. Included in the pin set are the Kingdom Key, Way to the Dawn, Fenrir, and Circle of Life Keyblades. It's the first time Fenrir and Circle of Life key rings have been in Pearl. Also, the Kingdom Key is exclusively silver and gold and the Way to the Dawn is exclusively black.

Each set is listed at $40.00 USD, but only 500 sets will be produced and will only be sold during San Diego Comic Con.

Thanks to Action Figure Insider for the tip!

UPDATE 1: The SDCC exclusive Keyblade Key Ring Set by Monogram Direct is now available to purchase online! You can purchase it on BoxLunch here.

UPDATE 2: Monogram Direct will also be selling this key ring set at New York Comic Con 2017 with limited availability, along with their other San Diego Comic Con exclusive Kingdom Hearts merchandise. Check out more about that in the full article here.

UPDATE [Dec. 14, 2017]: Monogram is now selling this key ring set on their online store, along with their other San Diego Comic Con exclusive Kingdom Hearts merchandise. You can check out more about that, and find out how to purchase these items, in the full article here.