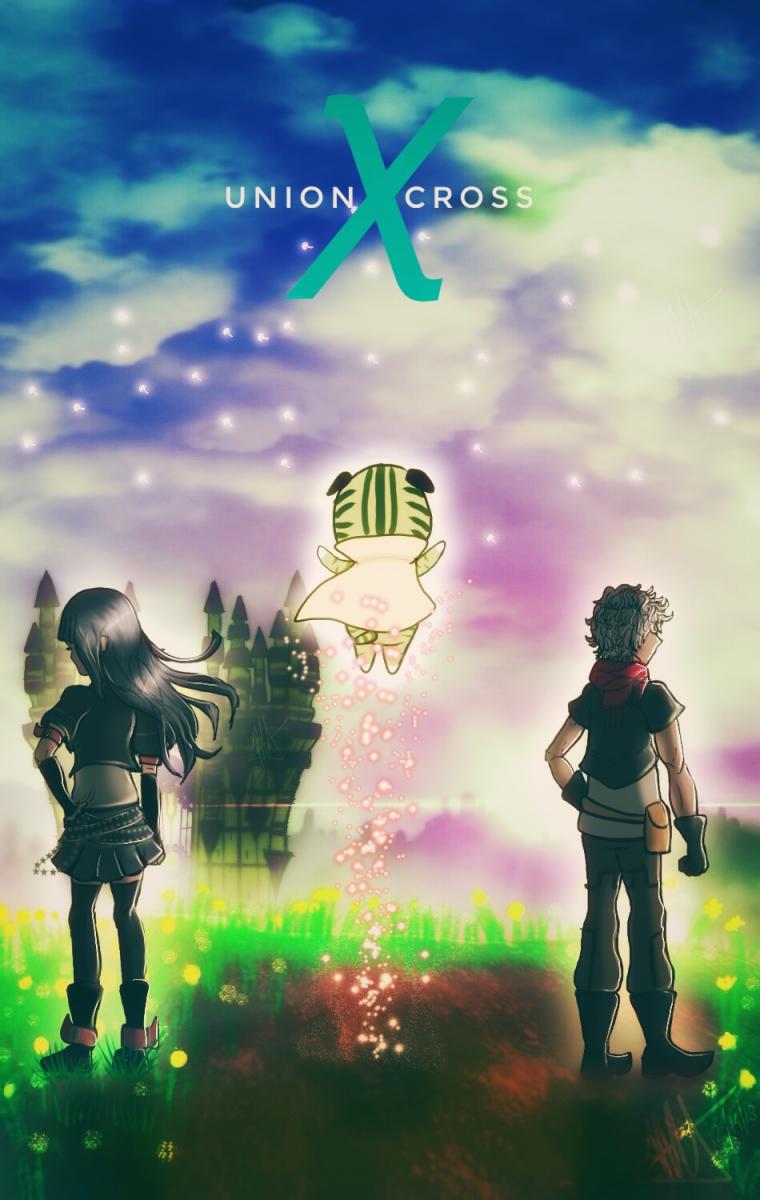 (THIS IS A HEADS UP: THIS STORY IS NOT FINISHED! ALL I KNOW IS THAT THERE ARE A COUPLE OF CHARACTERS THAT ARE, IN A WAY, RELEVANT TO THE OVERALL PLOT. THE THOUGHTS I HAVE AT THE MOMENT ARE ONLY WHAT WAS AVAILABLE AT THE TIME. SO PLEASE KEEP THAT IN MIND AND TAKE THIS AS A GRAIN  OF SALT.)

(I WILL NOT SPOIL THE MAJOR STORY ELEMENTS....except for one. I want to point out a personal feeling of a missed opportunity in one of the recent updates while applying my thoughts on Nomura's way of thinking)

(Lastly, I don't what else to title this aside form calling it Union Cross LOL So, I guess you can thank Linkin Park for that LOL)

---
We go to the next chapter of this timeline. We follow a new group of leaders (The Leader of the Dandelions) after the tragic event that occurred. They try to find ways to prevent their own unions from remembering the event while trying to keep the darkness at bay.
---

This is probably going to be the hardest to describe the story, as mentioned, because it is not finished (I don't know how long it'll take for them to actually finish the game's story). All I could do is just express how I feel what I have so far.

Because it is a more current story, I felt like I would end up being more surprised whenever there's a new update. The major draw for this title's story was the fact this takes place about 100 years before the events of birth by sleep. This timeline held an important event that became the seed to drive someone to motivation later in the series. What was surprising, however, was the fact that each update we had made one thing clear: it is becoming canon to the lore of the series. If you scream out saying, "why are they adding canon story elements to a mobile game?", then you are right to ask that. Because they try to make it connect to the overall plot of the series, it leaves everyone [who has not caught on to the story] really confused. I cannot say as such on whether or not this will directly connect to KH3 (because KH3 is not out yet nor is this story finish will not be finished by the time KH3 releases). I highly recommend you all to at least check out the plot of this title yourselves before you play KH3, just in case (since we learned there were a couple of characters that are actually important in the series).

((((That being said, I want to address my thoughts on this particular update. I will not say the names of the characters, but I will talk about my thoughts on this update as of is post. So, we are introduced to a couple of certain characters (a guy and a girl). Via rough translations, the guy was looking for his sibling or her sister. Because of the strange translations, we couldn't point whose sister they speak of. This leaves a lot of people speculating and concluding who they feel is the right translation. Turns out, on the next update, it was confirmed to be the guy's sibling. I want to mention that this guy and the girl are actually important characters and I know those characters. I wanted to know more about them and I am getting it. However, I feel is update was a missed opportunity and an example of how Nomura writes his story in Kingdom Hearts. I personally wanted the girl to have s sibling because of her character later n the series and the motivation behind it would've made sense. However, I feel like they had the guy having the sibling because I feel it is a way for Nomura to do everything in his power to make sure it is unpredictable, to which the series is known for. While I do enjoy the unknown future of the story and not know what happens next, I feel that would've been a better motivation for that girl then the guy. Of course, because it is unpredictable, maybe Nomura had something up his sleeve. I actually look forward to it!))))

I really don't have much else to say....simply because, again, this story is not finished.  How I feel on what we have so far is honestly interesting. I like seeing what my character had to go through. Kinda seeing myself through these situations at the time is really awesome to see (then again, I am bit bias LOL)

This was, by the far, the hardest to come up with a concept. As mentioned many time, the story was not finished. So, it was hard to decide the background when it is not the full product. I originally was gonna draw based on KH3. However, due to where it is set, I had to stick with it. I know it is the same background 3 times in a row. The color palettes for the background and atmosphere I try my best to make as different as I can.

(I got one more game to cover as of this post! We are getting really close! PLEASE STAY TUNED!!)

You can check the work I've through this link in my deviantART: https://www.deviantart.com/mns-prime-21/gallery/67100545/Kingdom-Hearts-III-Countdown

Photo Information for The New Divide