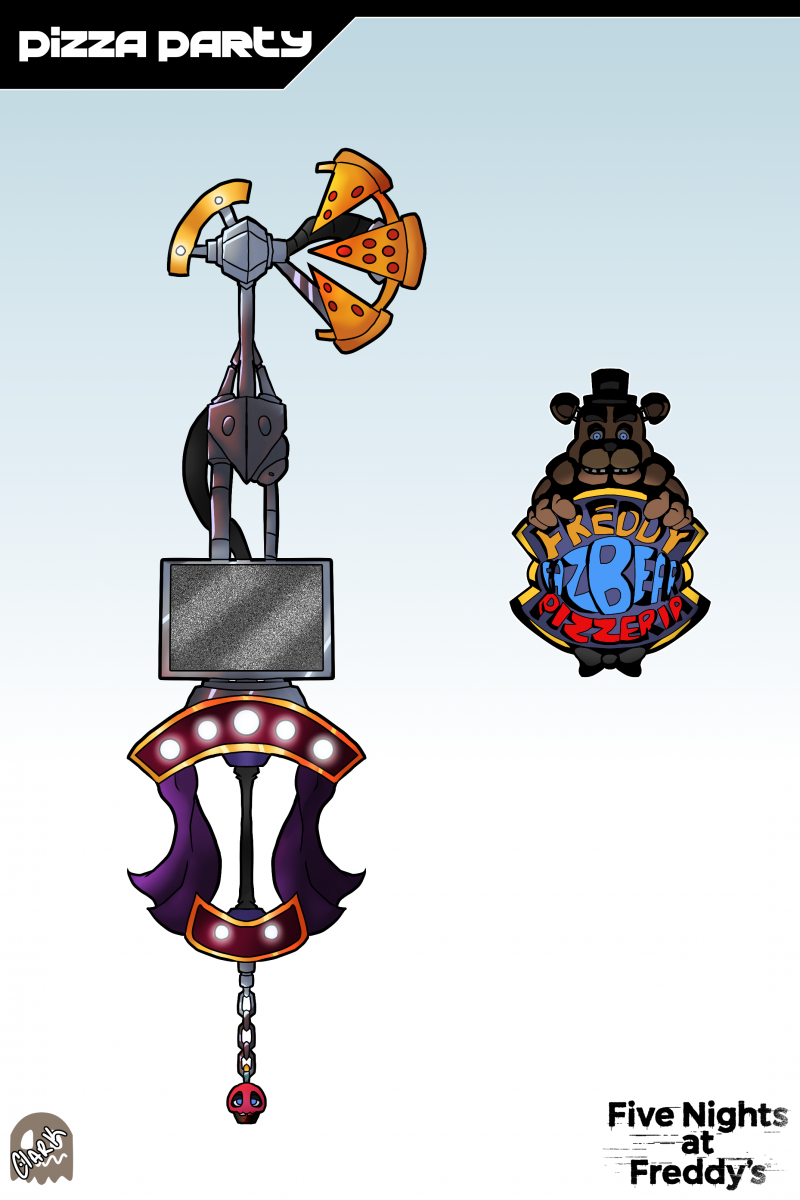 A Keyblade modeled after the stage and endoskeletons of the first Five Nights at Freddy's! This Keyblade is designed to be fast, but lacks firepower. The hilt of the Keyblade is designed after the stage, with curtains forming the sides and lights (featuring the 7 different nights of the game) forming the pommel and hilt guard. The shaft is that of a bloodstained endoskeleton haphazardly rebuilt for the blade, ending in a branch with pizza for the teeth. The shaft also has a static filled monitor. The Keychain Token is Chica's Cupcake, a rather iconic object in the series. The name comes from the fact that FNAF takes place in a pizzeria, which often hosts pizza parties. The World Logo is suppose to be a kid-friendly logo for the Freddy Fazbear Pizzeria, but shaded in a way to betray its true dark nature.