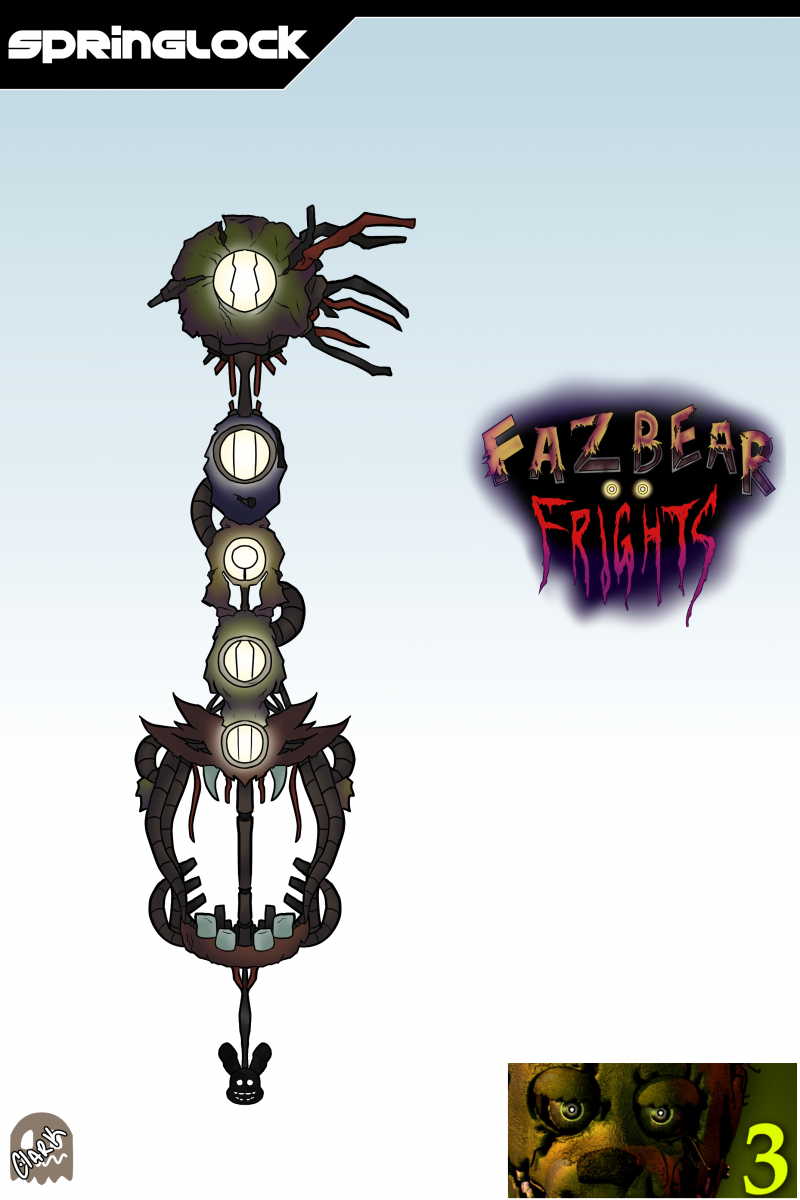 A Keyblade modeled after the hauntingly broken animatronics of Five Nights at Freddy's 3! This Keyblade is designed to increase Fire spells! The hilt guard of the blade is based on the withered and damaged Foxy, but with only one eye representing the light from the Bad Ending. The shaft of the Keyblade is represented by four parts of the classic five animatronics, each with their own eye light from the Ending, going from top to bottom, Golden Freddy, Bonnie, Chica, and Freddy. Out of the Golden Freddy part is several wires to make up the teeth of the blade. The Keychain is a series of wires again, but ending in the head of Shadow Bonnie! The name comes from the locking mechanism of Springtrap's suit, the ones which create him into the murder machine he is today. The World Logo is made to represent cheesy horror attractions, which Fazbear Frights was intended to be!