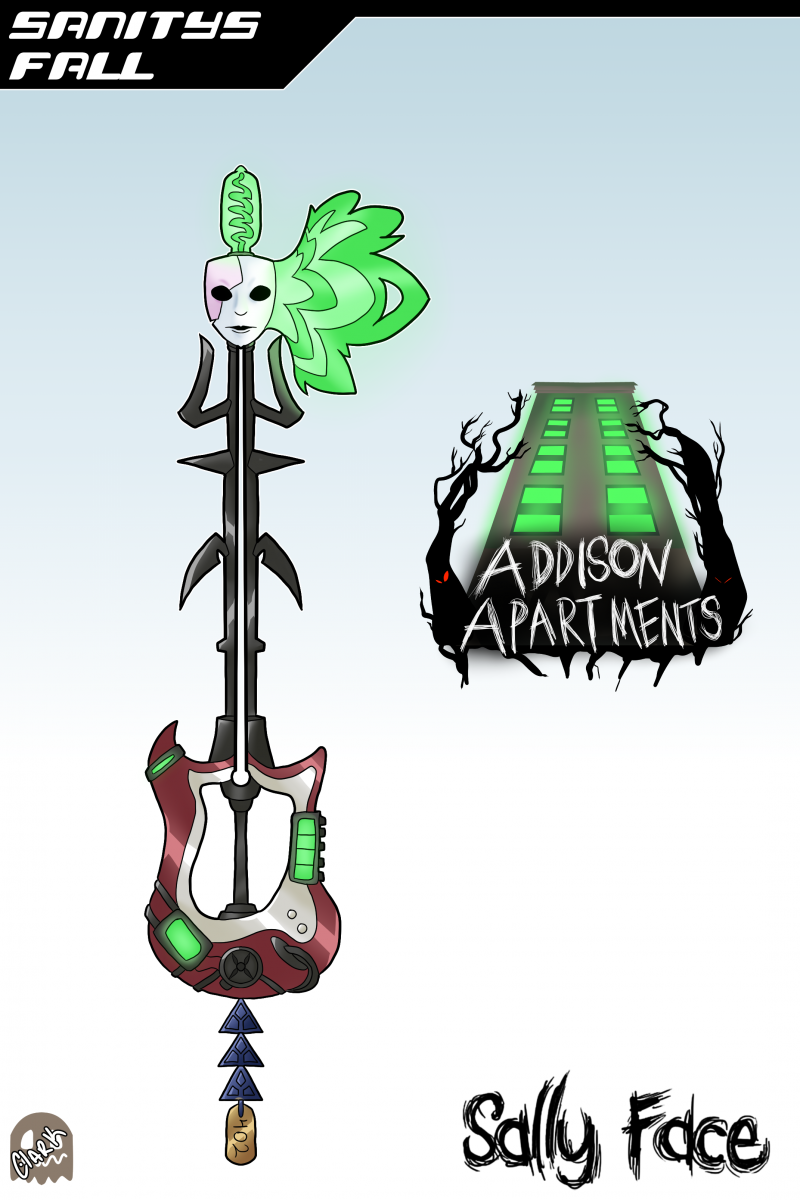 A Keyblade modeled after the guitar and ghost energy from Sally Face made by Steve Gab This Keyblade is designed to have a high reach and extra damage to Dark based enemies! The hilt of the keyblade comes from Sal's guitar, the shaft coming from the Cult's Ghost enegry torches, culimating into Sal's famous mask exploding with Ghost Energy for the teeth. The Keychain is a represenation of the Three Pyramids of Asintmah, with the Token being Sal's room key.  The world logo comes from the Apartments that Sal and his Father move to, and the main setting of the game. The name comes from the band that Sal and Larry bond over, Sanity's Fall, which shares its initials from Sal's nickname Sally Face.