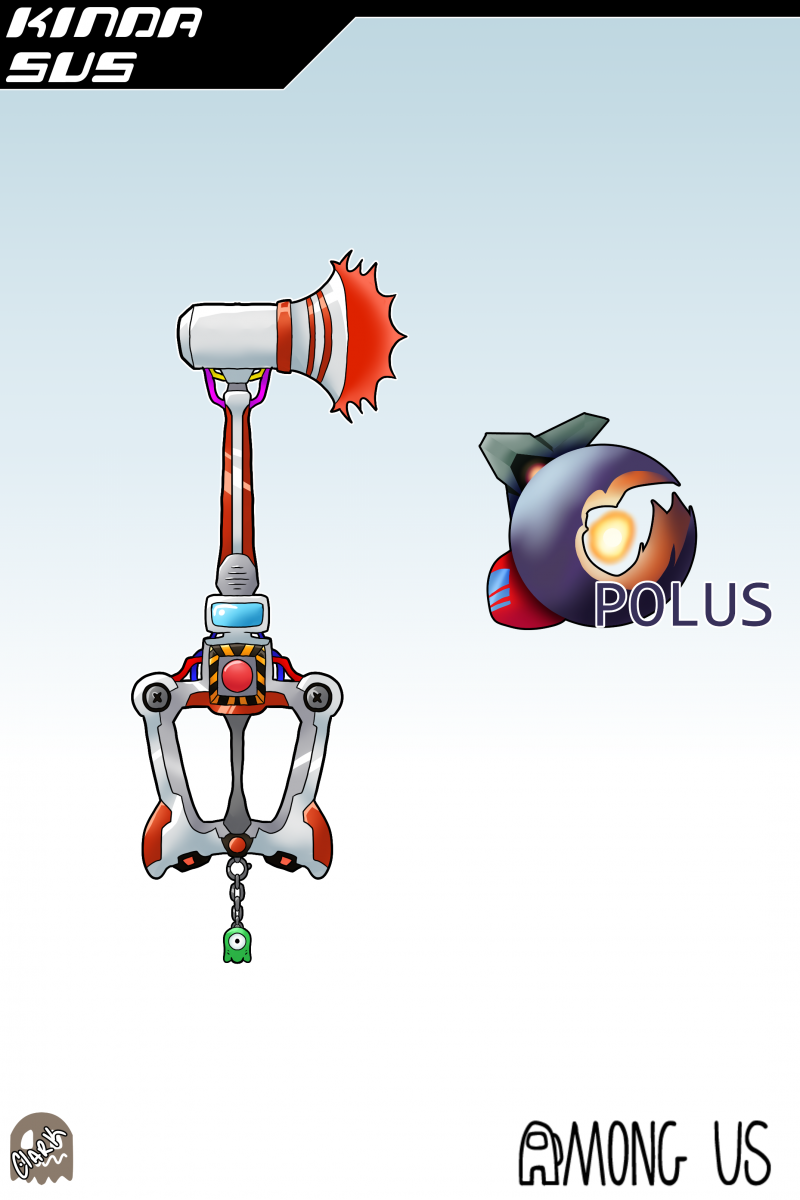 A Keyblade modeled after the unique style of Among Us by Innersloth! This Keyblade also has a short reach (much like the Crewmates), but has high launching capabilities and double damage when hitting a target from behind! The majority of the Keyblade is designed after several minigame task found in the game such as wires, the PDA, rocket etc. The Teeth of the blade is designed after the Report command button, the best tool of the Crewmates. The token is the same keychain token found during the Insert Keys task. The World logo is a combination of three maps, starting from Polus, with the Skeld and Airship appearing as well. The name comes from a common term that was spawned from players, saying that a particular crewmate is being suspicious.