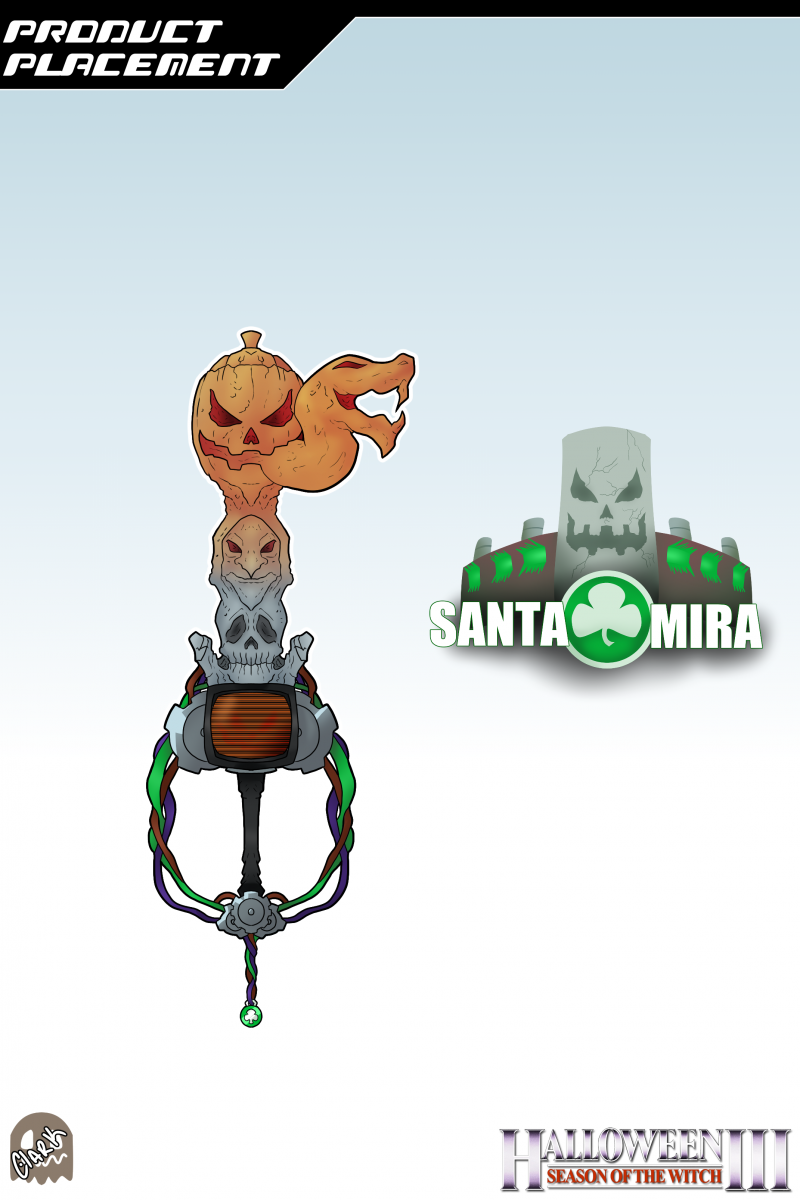 PRODUCT PLACEMENT - A Keyblade modeled after the uniqueness off Halloween III: Season of the Witch! This Keyblade would specialized in critical hits and earth based magic! The center of the hilt as a old CRT screen with gears flanking its side. Forming the hiltguard is a series of robotic wires that end at another set of gears for the pommel. The shaft is a stone pillar forming the masks created by Silver Shamrock Novelties, with the Jack-O-Lantern mask releasing a snake from its mouth that makes the teeth of the blade. The keychain is made by more wires, with the Token being that of Silver Shamrock's logo. The World Logo is designed after Santa Mira, the company town created by Silver Shamrock. The name comes from Silver Shamrock's copious amount of product placement throughout the film in an effort to push forward with their goals.