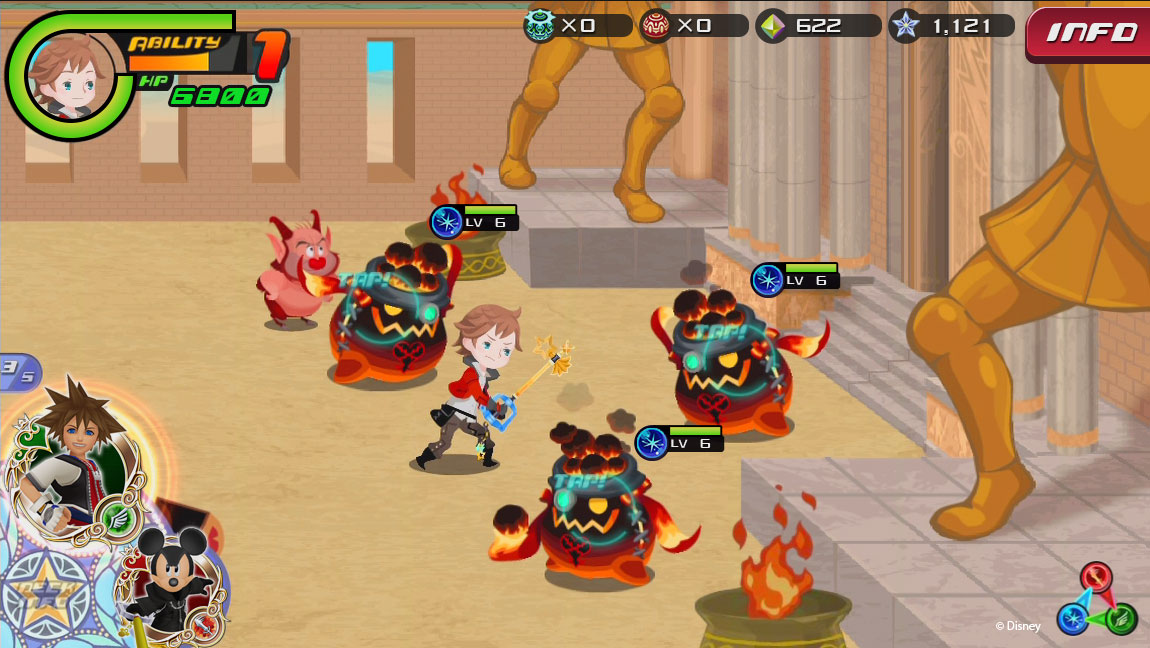 While at PAX East 2016 last week, Senior Editor of The Koalition, Jakejames Lugo, was able to sit down and have a little chat with Hironori Okayama, the producer of Kingdom Hearts Unchained χ. Okayama discussed gameplay features, such as how he drew inspiration from other Kingdom Hearts games, the reasoning behind creating a turn-based battle system, and the process behind designing medals. He also mentioned wanting to implement real-time multiplayer battles over the current individual raid boss fights with shared HP reductions and rewards. Following up on Gamer Escape's interview also at PAX East 2016, Okayama reiterated that the game was created based on North American user feedback. He plans to use results from future user surveys to identify areas of demand in order to implement further changes. Okayama also pointed out that there are completion bonuses in the game that might yet have to be discovered.

You can watch the video posted by The Koalition and listen to the full interview below: