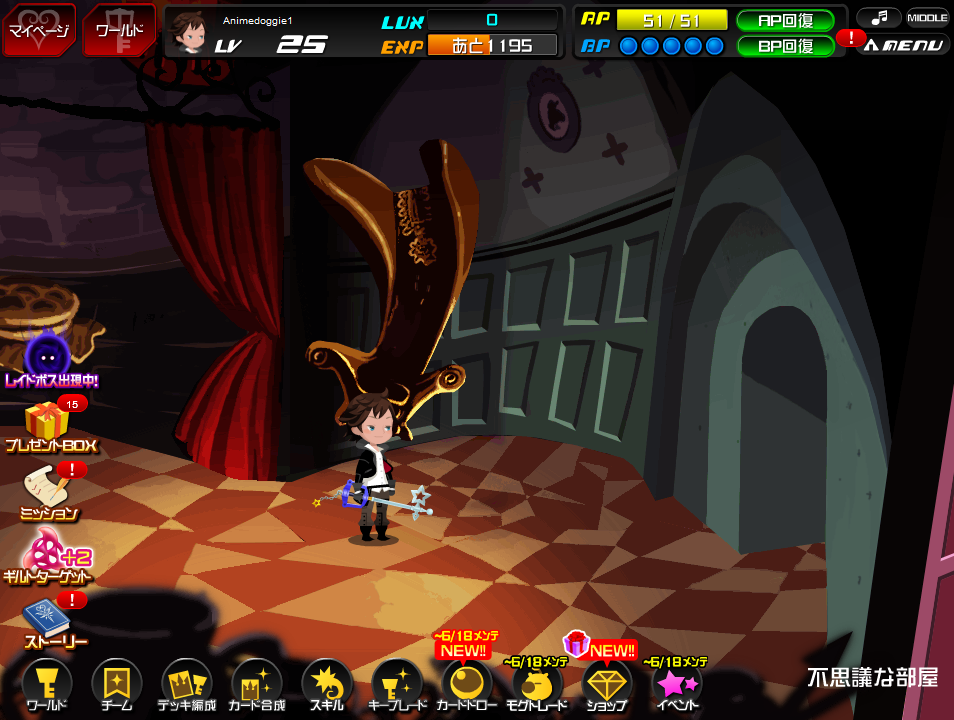 After tonight's update, Kingdom hearts χ[chi] now has some cool new stuff to check out. New cards have been added including Key Art #30 featuring Roxas and Xion and Key Scene #16 featuring Sora, Donald, and Goofy. Other new cards feature Aerith, Cloud, Tifa, Zack, and Pluto. A new story has been added to Wonderland in continuation of the story told so far. The Wonderland story has now reached it's climax. Other new events and missions are also in place. So what did you think of the new story?