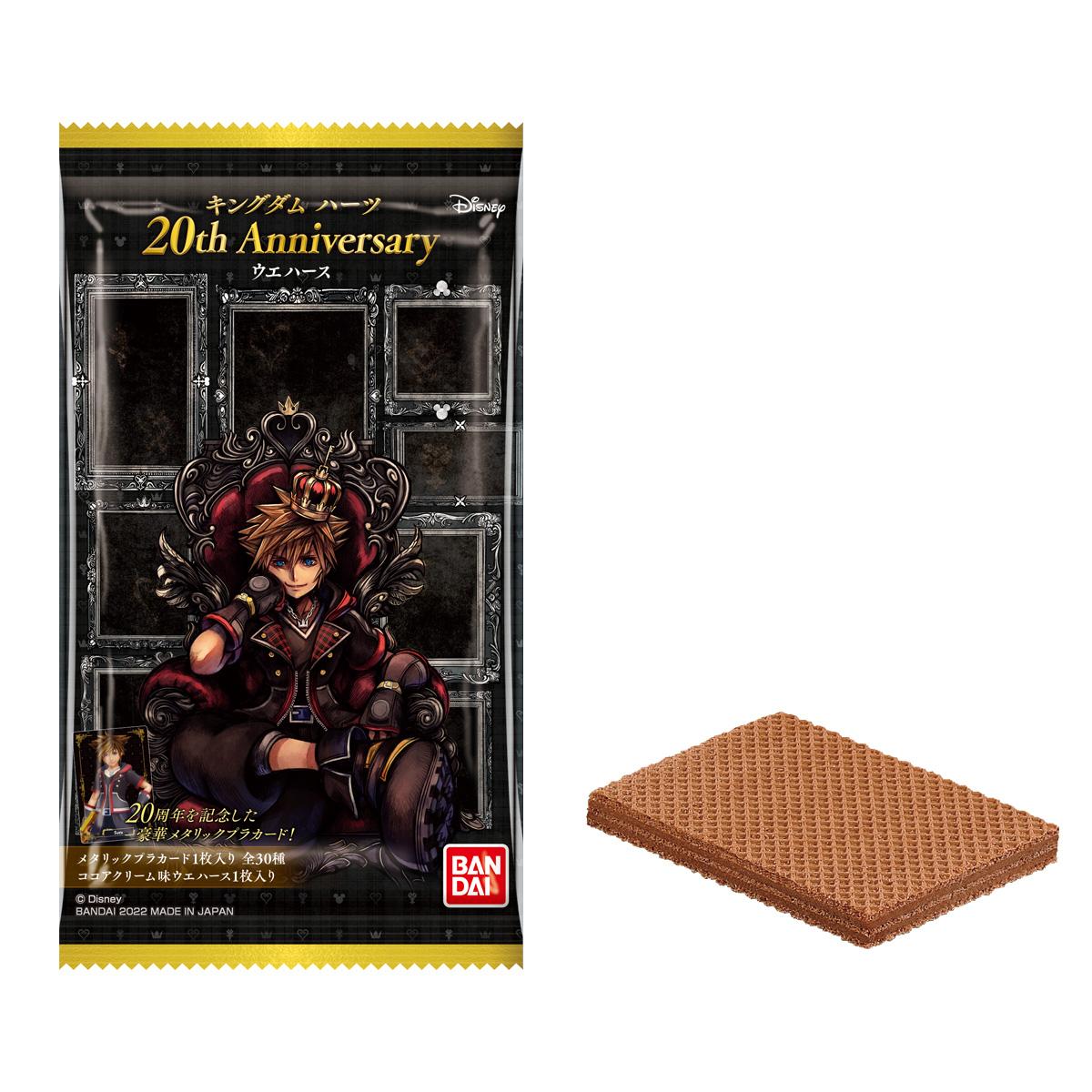 Bandai Japan has announced that they will be selling Kingdom Hearts 20th anniversary-themed wafers in Japan in June 2022. These confectionaries will be available in several 7-Elevens throughout the country. Additionally, purchasers can obtain random metallic cards with their wafers decorated with Kingdom Hearts characters.

Further details of this announcement were translated by our team's Ryuji, viewable below:

※Images are merely illustrative and not indicative of the product.
Inside each package, you can find a:
● Metallic Card (30 variants）
● Wafer (Cocoa Cream) x1

Images of the wafer and examples of obtainable cards are viewable via our gallery below and the official Bandai Japan website.

UPDATE (6/1/2022) : The Bandai website has been updated, revealing that these treats will be made available throughout Japan 7-Elevens on June 21, 2022. Our gallery above has also been updated with additional images.

If you're a Kingdom Hearts fan in Japan, you have some sweetness to look forward to in the Summer! Let us know how the wafer tastes if you decide to try it.