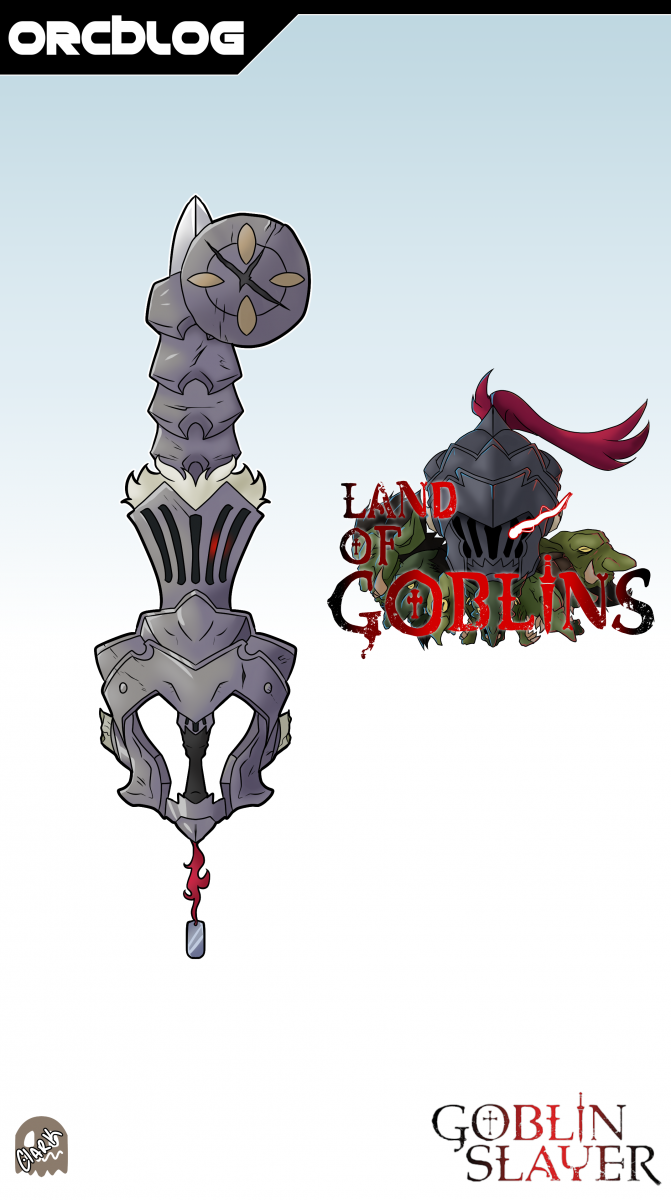 A Keyblade modeled after the titular character from Goblin Slayer! This Keyblade is designed to have an average reach and damage, but deals double damage to non-emblem Heartless! The entirety of the Keyblade is designed after the armor of the Goblin Slayer. The guard is designed after the Slayer's helmet with the center piece missing in place for the handle. The shaft of the blade is further made from Slayer's armor, with the face guard and his iconic eye showing. The teeth of the blade is the heavily damaged, but very used buckler shield! The Keychain is the red plume of Goblin Slayer, with the Token being the Silver Adventurer Tag. The World Logo is "The Land of Goblins," taking inspiration from The Land of Dragons. Taking the font from the Anime's logo, with the Goblin Slayer and many goblin heads behind him. The name is a reference to the Elvish name for the Goblin Slayer.