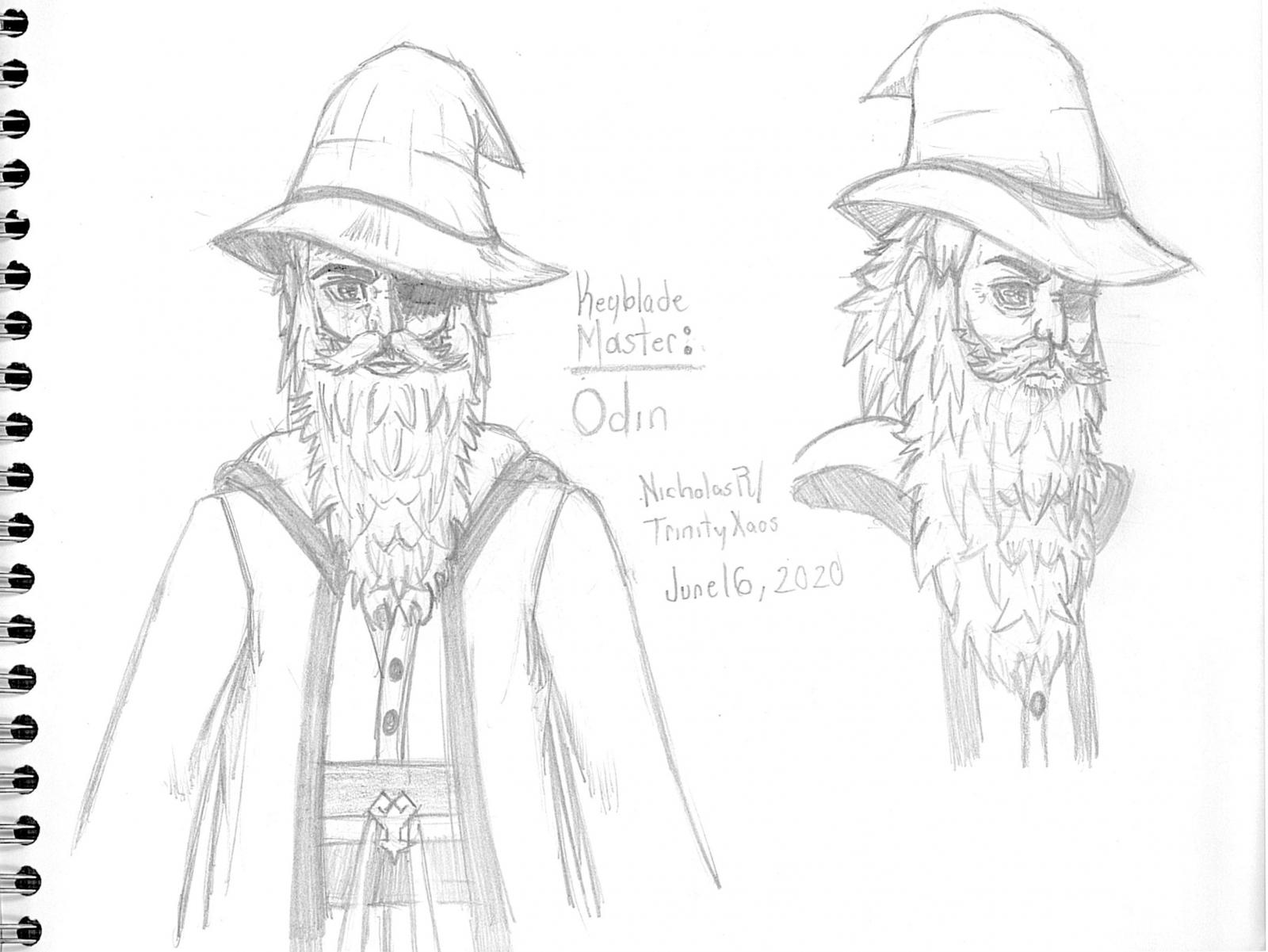 Medium: Pencils and a ruler This was drawn after I found out Square Enix officially revealed Odin’s name. The main objective was to draw Odin in the front and the right portrait is the opposite of his in-game model. I also added detail to his beard that probably isn’t accurate and some shading to Odin’s looks in an attempt at Tetsuya Nomura’s shading style. The first drawing (the frontal) is unfortunately crooked, sorry about that. The character himself seems more likely the Yupa, Sherman Potter, or Ansem the Wise in persona. The mention of “sharp glint in his one eye that is visible under his hat” is very interesting that reminds me of Odin in Norse mythology (AitaiKimochi and DChiunch, KH13.com, 2020). Another detail that I like about Odin is his clothing is a mixture of Xehanort and Eraqus’ future outfits (mainly, Xehanort’s shirt). Thank you for visiting. From, Nicholas R./TrinityXaos Also on Amino.