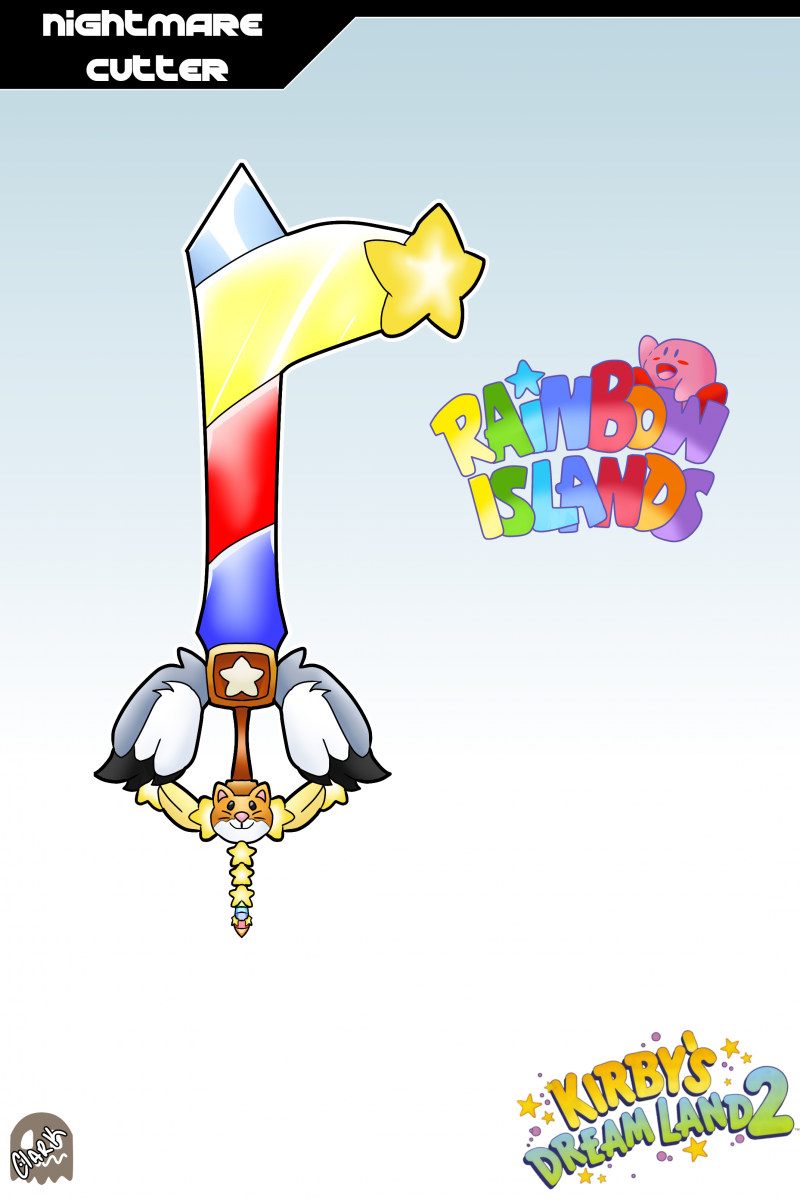 NIGHTMARE CUTTER - A Keyblade modeled after the Rainbow Sword and Animal friends in Kirby's Dream Land 2! This Keyblade is designed to have better reach and Aero capabilities! The hilt of the blade forms from a Star Block in the center, with Coo's wings and Kine's fins forming the rest of the Guard. The pomel is the head of Rick, with the shaft of the blade being the Rainbow Sword, with the rainbow that forms from it forming into the teeth of the blade. The chain is a series of stars, with the Rainbow Crystal being the token! The name comes from Kirby and Friends fighting off Nightmare/Dark Matter. The World Logo is named after the Rainbow Islands, which each set of letters corresponding to the colors of the islands.