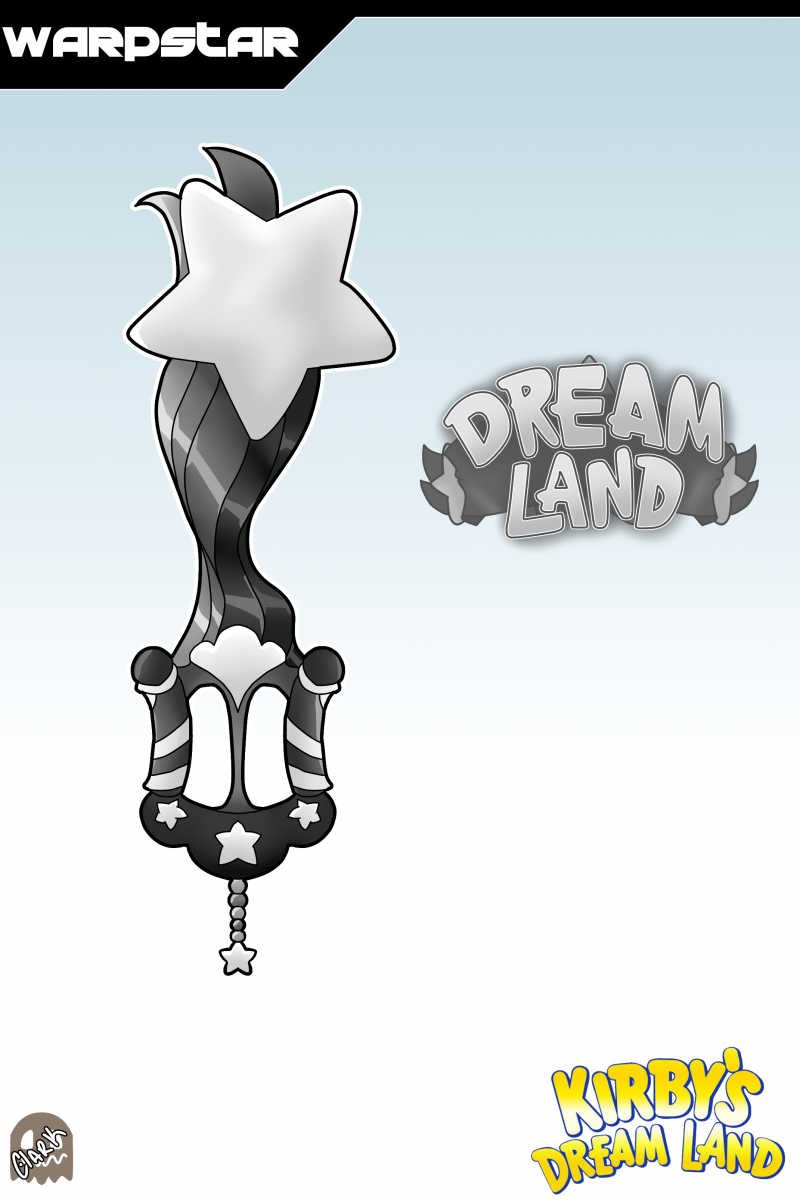 WARP STAR - A Keyblade modeled after the first Kirby game, Kirby's Dream Land! This Keyblade is designed to have better Aero capabilities! The hilt is designed after the background elements featured in the game, with Kirby's air bullets being featured on the hilt guard. The shaft of the blade is designed after the various rainbows seen in Kirby games, with the teeth being Kirby's Warpstar. The token is that of a Warpstar as well! The entirety of the Keyblade is monochrome to reflect the limited colors of the first game. The name comes from the iconic Warpstar that Kirby uses. The World Logo is taking the styling of the game's title.