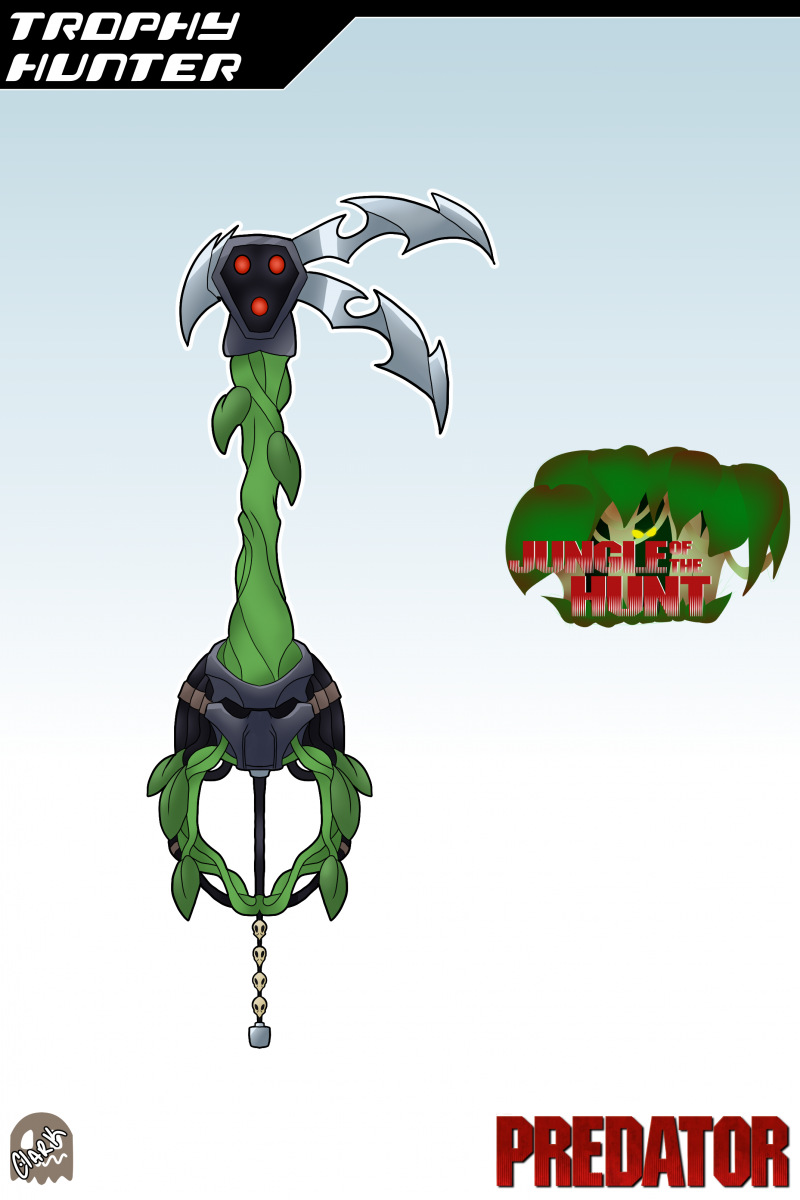 TROPHY HUNTER -  A Keyblade modeled after the action horror film and the beginning of the Predator Franchise: PREDATOR! This Keyblade is designed to have high critical hit chance! The cross guard of the blade has the Jungle Hunter's iconic mask and dread locks, with the dreadlocks mixing in with the jungle vines to form the hilt. The vines also form the shaft of the blade, with the Jungle Hunter's plasma caster laser sights at the top. The teeth of the blade are formed from stylized version of the wrist blades. The keychain is formed from the skull trophies that the Jungle Hunter has on his body, and the Token being the flask that Mac uses. The world logo comes from the Guatemalan jungles that the film mainly takes place in. The name comes from the fact that the Predator is a trophy hunter, and doesn't hunt to survive.