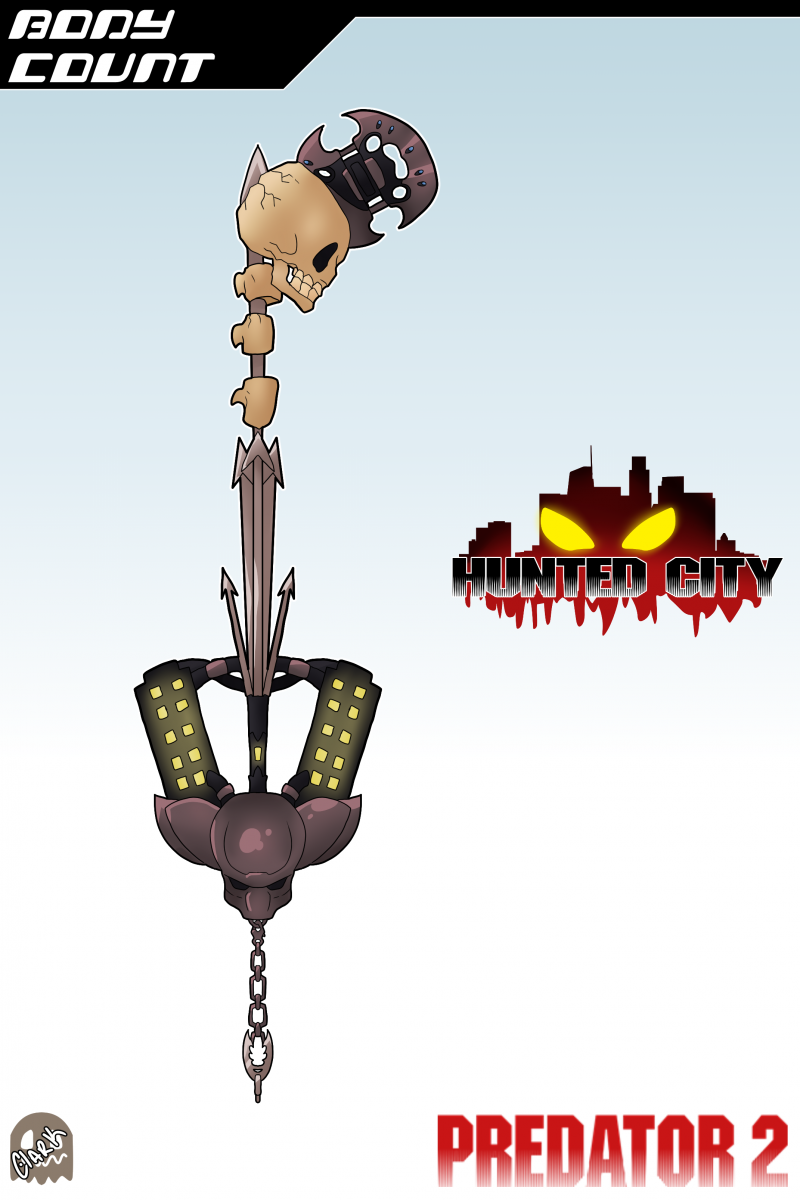 BODY COUNT - A Keyblade modeled after the cityscape sequel, PREDATOR 2! This Keyblade is designed to have a much longer reach! The hilt of the blade is formed with the mask and pauldrons of the City Hunter at the pommel, and two tall buildings forming towards the sides and being held by the Predator's dreadlocks. The handle and shaft of the blade is formed from an exaggerated variant of the Predator's spear, that also pierces a few spinal bones as well as a skull that has the Smart Disc forming the teeth. The token is the projectile piece that was left behind by the Predator. The world logo is the city skyline of Los Angeles, with the hunt referring to the Predator's purpose in the city. The name comes from the proposed and eventually scrapped subtitle to the Film: Predator 2: Body Count.