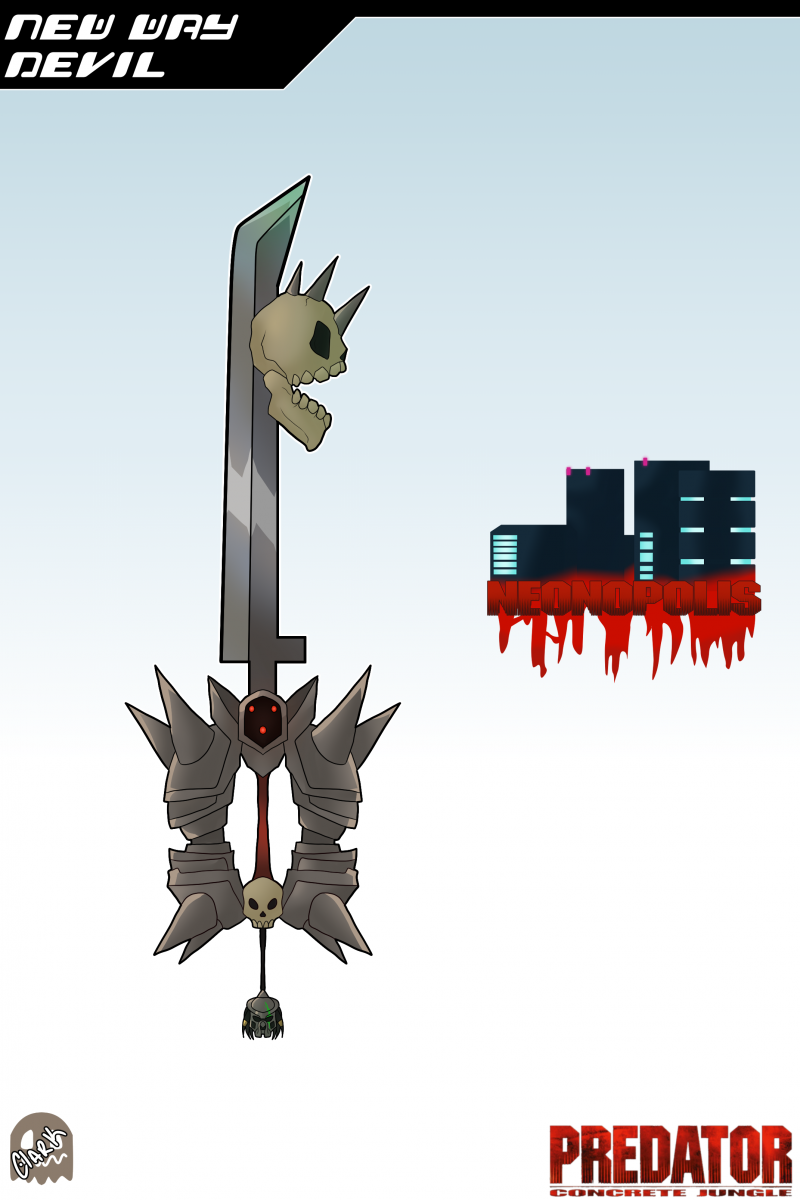 NEW WAVE DEMON -  A Keyblade designed after the harsh and brutal designs in the game Predator: Concrete Jungle!  This keyblade is designed to have extended combos. The hilt of the Keyblade is designed after the spiked armor worn by the Predator Scarface, with the shaft of the blade being formed from the sword used by the Serviteur Houngan. The teeth of the blade is formed with a skull and spikes that reflect Scarface's helmet. The token is that very helmet was well, with green blood forming the scar as opposed to red. The world logo is formed using Neonopolis' skyline. The name comes from Scarface's first nickname given to him during his first visit to Earth.