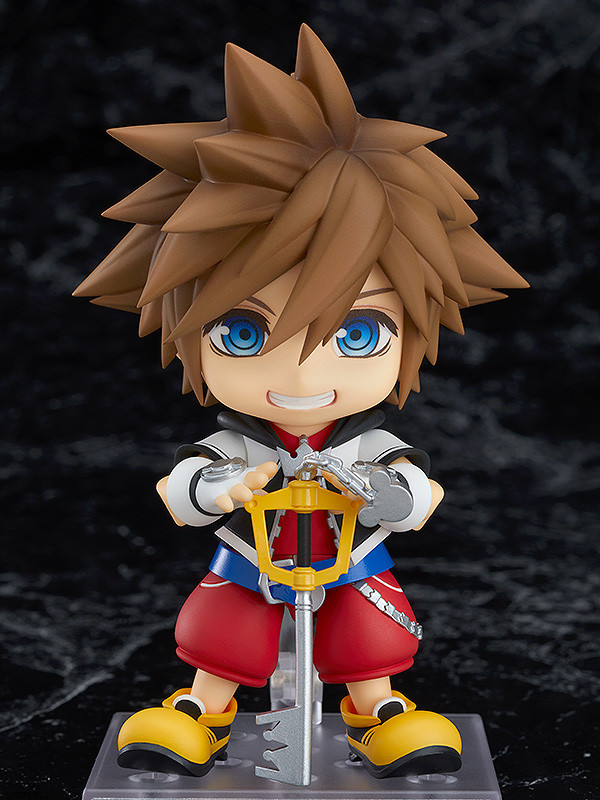 A Kingdom Hearts Sora Nendoroid figure is being released by Good Smile Company! This chibi-style figure includes interchangeable Keyblades, several swappable heads with different facial expressions, a paopu fruit accessory, and a posing stand. Among the Keyblades included are the Kingdom Key and the Pumpkinhead. Additionally, one of the promotional images shows the figure holding a Kingdom Key and shooting a beam of light into a Keyhole, though it is unclear whether this Keyhole is able to be attached to all Keyblades, or if it is part of a second Kingdom Key as a single piece.

The Kingdom Hearts Sora Nendoroid figure is available for pre-order from Aitai☆Kuji for $40 USD. Each order comes with a free gift, though there are no details on this gift at this time. This figure is scheduled to release in December 2018.

What are your thoughts on this new Sora figure? Would you like to see more Kingdom Hearts Nendoroid figures? Let us know in the comments below!

UPDATE [Dec 10, 2018]: Good Smile Company has confirmed Sora Nendoroid will be released on December 19th. You can pre-order it from AmiAmi.

Special thanks to @RedMakuzawa for the tip!