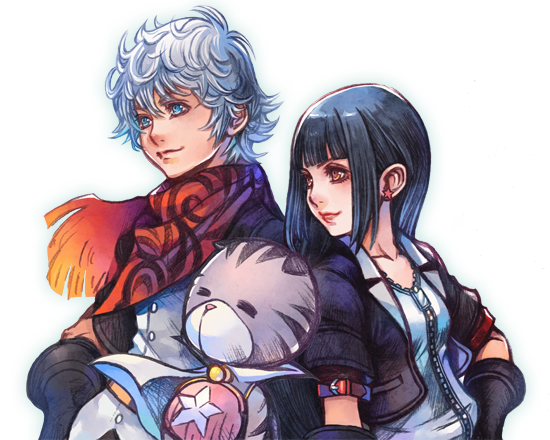 In addition to the release of Kingdom Hearts Union χ[cross] in Japan, fans can also receive a new wallpaper for their Android or iPhone devices. Check out the different wallpaper designs below. You can download the wallpapers directly here.

In case you missed it, you can check out the Japanese teaser trailer for Kingdom Hearts Union χ[cross] below with English translated subtitles.

Ava: You are one of the 5 chosen by Dandelion. You 5 have to become a foreseers, lead a union and guide everyone.

Master of Masters: There is no need for memories of the calamity in the next era. Here and in other worlds, I want you to experience a time without calamity.

Ava : Is that really possible ?

Master of Masters: Don't worry I can do it. First take care of these 5.

Skuld: Am I the second one ?

Skuld: More importantly, I wonder who are the 3 others.

Ephemera: I was sceptical when Lady Ava told me to come here so I didn't even think who would come here too.

Skuld: Ah ! Someone is coming

Skuld: You are the third one.

Ephemera: Did Lady Ava send you ?

Ventus: Yes, she told me to come here once everything is over.

Ephemera: My name is Ephemera, nice to meet ya.

The trailer concludes with a handshake between Ventus and Ephemera.

The English update for Kingdom Hearts Union χ[cross] will be arriving sometime in April.