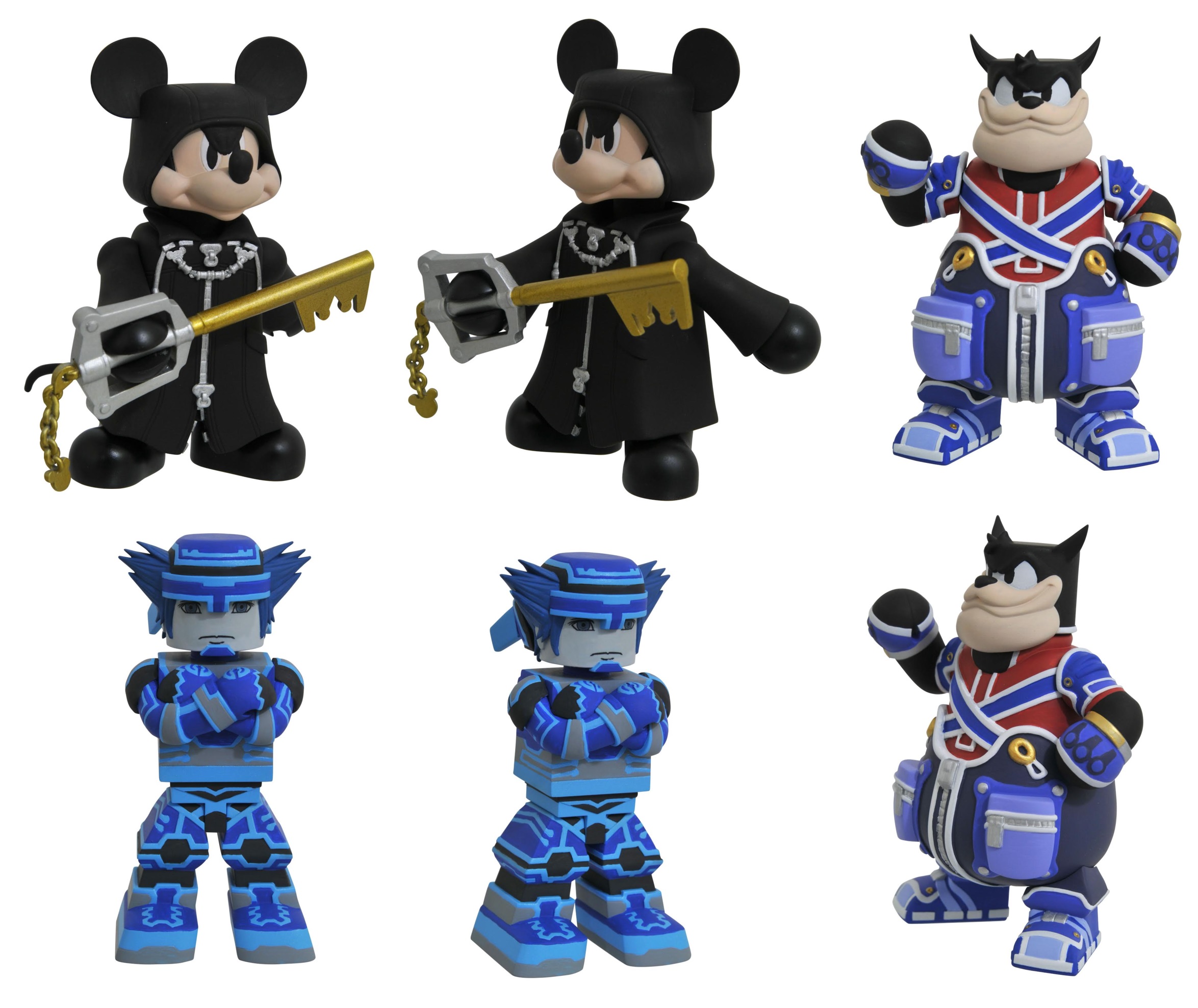 Diamond Select Toys has provided us with new pictures and information, that retailers will have tomorrow, regarding a Series 2 of their Kingdom Hearts Vinimates line of figures. The Series 1 of these vinyl figures included the characters Sora, Donald Duck, Goofy, Kingdom Hearts II Mickey Mouse, and the recently revealed Kingdom Hearts Birth by Sleep Mickey Mouse.

This Series 2 will include the characters Organization XIII Mickey (Mickey in his black coat), Pete, and Tron Sora (Sora in his Space Paranoids outfit). Each figure will cost $9.99 USD.

You can check out the Kingdom Hearts Vinimates Series 2 sales information below:

A Diamond Select Toys Release! The toy story continues! The Vinimates line dives deeper into the world of Kingdom Hearts with three new 4-inch vinyl figures based on the hit video game series. Organization 13 Mickey Mouse, in his black coat, is joined by his old rival Pete, as well as Sora in his Tron-style outfit from Space Paranoids! Each figure is sculpted in the block-figure style, striking a pose inspired by the game. Each comes packaged in a full-color window box.

Were were also provided with new pictures and information about the new Kingdom Hearts Select Series 2 figures by Diamond Select Toys that are releasing in Spring 2018. You can find out more about those figures in the article here.