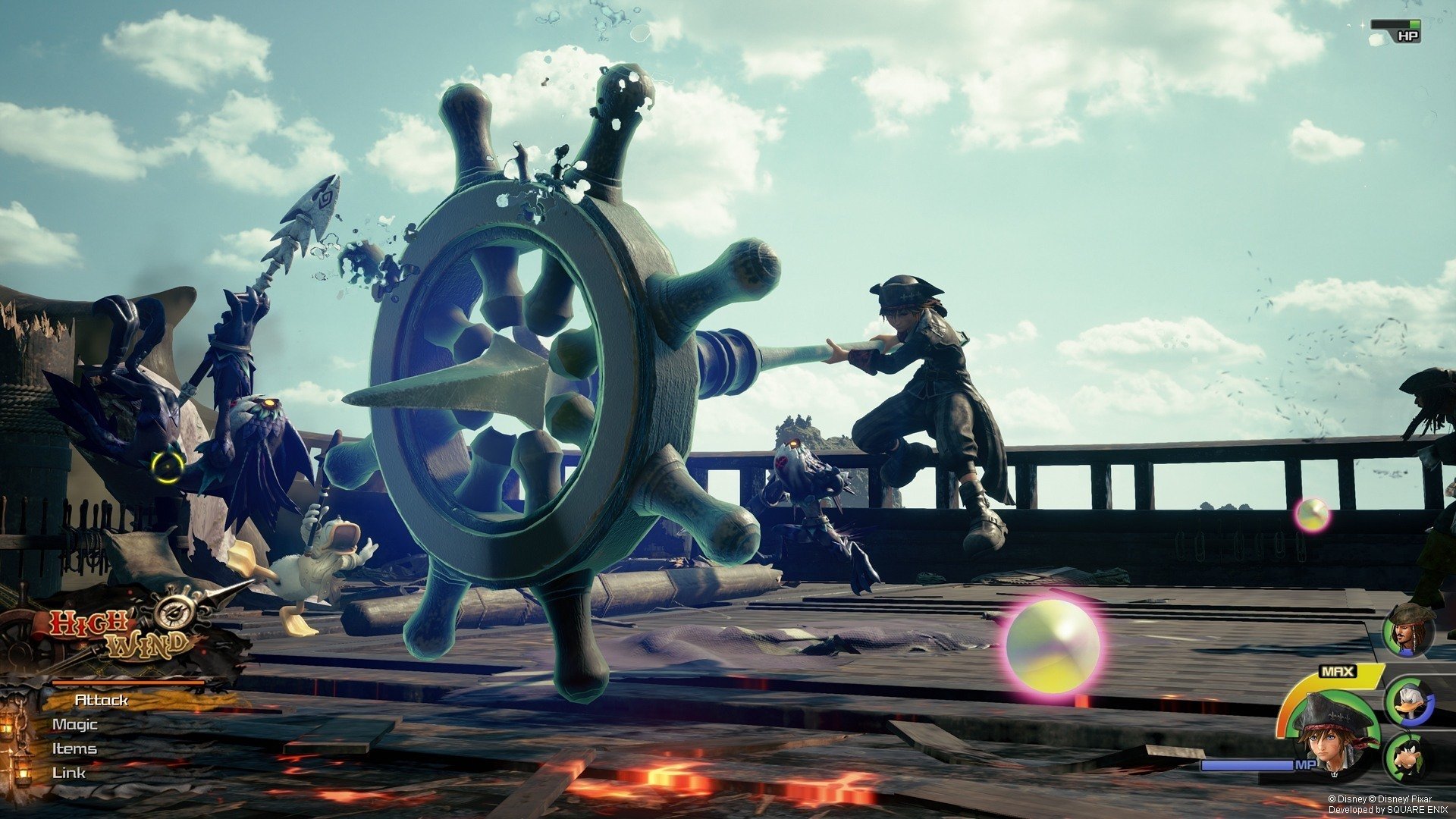 Nomura stresses the importance of direct translations on story comprehension, and talks about world development as well as the Gummi Ship

In a recent interview with Kingdom Hearts series director Tetsuya Nomura, conducted by Everyeye.it, Nomura spoke about the tone of Kingdom Hearts III as well as whether clothes will have an effect on the gameplay.

Nomura also addressed why there are only English and Japanese dubs available for Kingdom Hearts III, how the selection of worlds are decided and expanded on the Gummi Ship portion of the game.

You can read about this below:

Everyeye.it: It seems that every world is able to embody a different style and type of gameplay. Mount Olympus, Rapunzel’s forest and the Monsters, Inc. Factory show great verticality and ample spaces, in Toy Story everything seems focused on freedom of action (even driving mecha-style toys), in the Arendelle distances can be covered by speed-travel skiing with Goofy’s shield; in Pirates of the Caribbean, finally, we will have naval battles and underwater explorations. Talk to us about the process of creating each world and how you've come to translate these Disney realities into gameplay.

Nomura: For this chapter, the development team put a large number of ideas on paper. Starting from the flow of proposals received from all the staff, I then added my personal ideas to ensure that the concepts achieved a certain [degree of] completeness. This does not mean that the ideas of the other developers didn't play an important role; indeed, when, originally, we began to select the worlds that we would have put [in the game], I personally asked each one of them to propose to me a presentation illustrating how each world should be played. The final selection, which of course rewarded the best ideas, of which Disney realities would be part of the final game took place on the basis of this criterion.

Everyeye.it: Let's talk about the Gummi Ship. From the videos shown so far it seems to be the only feature that has not been particularly revolutionized. Can we expect any surprises, in this sense? How much space will this feature have?

Nomura: In the first game, the Gummi Ship had a strong symbolic significance. In the second chapter [of the series], however, it ended up becoming a kind of amusement park attraction. This time, however, the space in which you can move the spaceship will seem much more expanded and very similar to the map of a role-playing game. Clearly we have added some customization options and re-proposed the shooting sections, which make the Gummi Ship what it is. But we also introduced a number of new elements thanks to a specific section of the development team that worked on it. Basically, the element of exploration is now much deeper.

Everyeye.it: Regarding the localization, what are the times and the difficulties of the adaptation and translation of a work such as Kingdom Hearts 3, which collaborates closely with local franchises (Final Fantasy) and with a Western brand as important as Disney and the attached animation brands?

Nomura: The biggest challenge is not so much the differences between the Kingdom Hearts franchise and other brands. When I direct a game, I ask for translations to be as direct and faithful as possible, no matter how complex the subject is. This implies the question of which of the two localizations (Japanese or English) is the best. The truth is that, especially for Kingdom Hearts, an incorrect or defective translation risks compromising the comprehension of the whole story, and this is why I care about it so much. On the other side of the scale, however, I also understand the dynamics that characterize the team's approach to the location of the game, which are quite complicated. After all, it is not an issue I can deal with firsthand, therefore I prefer leaving dealing with this problems to others.

What do you think of the new information Nomura has given? Let us know in the comments below!