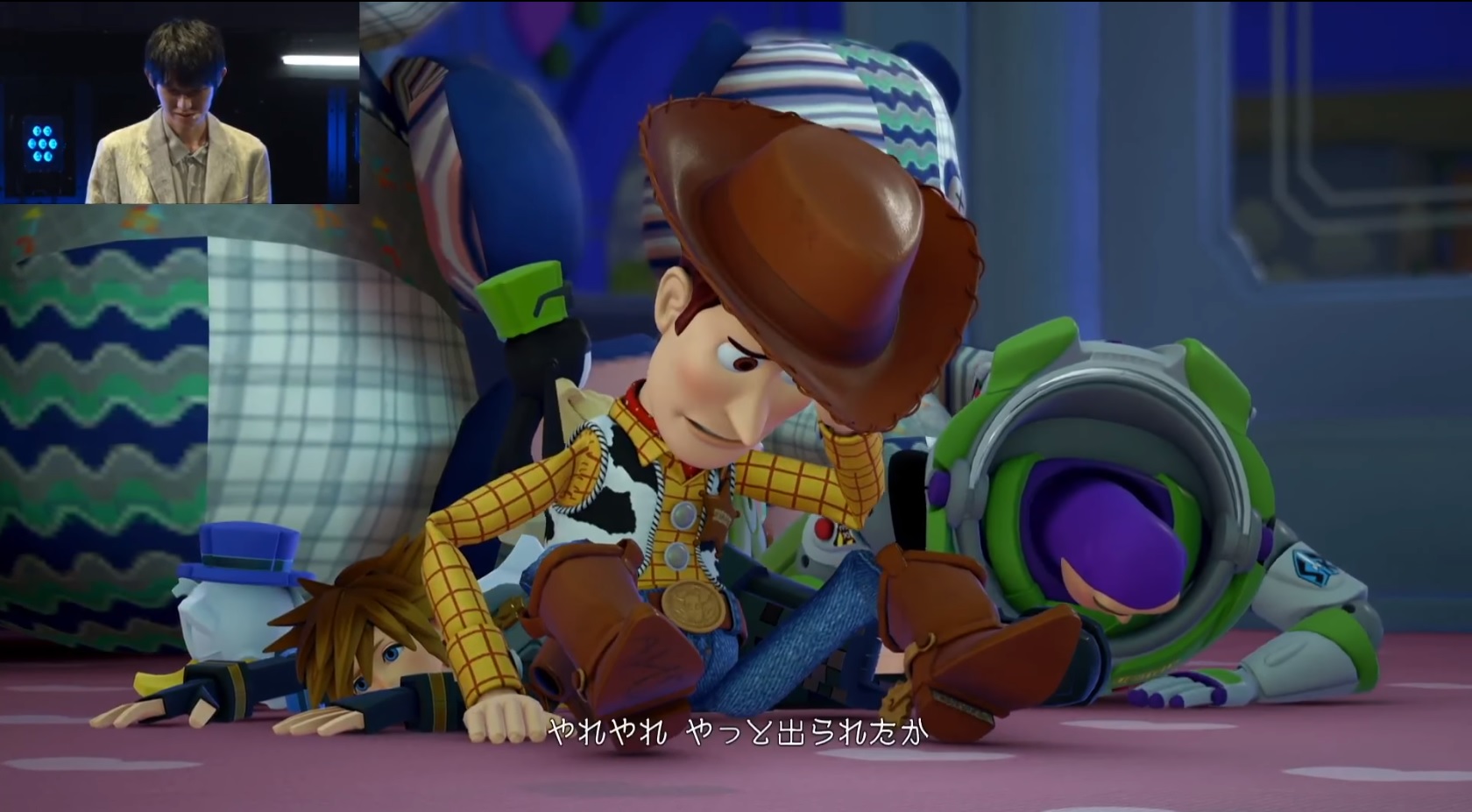 Kingdom Hearts III was featured in

In the event, Miyu Irino and the host played 2 different demos showcasing Toy Box and Arendelle. Miyu's demo, the Toy Box world was in fact the extended Kingdom Hearts III Premiere Event demo where it surpassed the Giga Mech segment in the E3 one. He explored most of Galaxy Toys while skipping cutscenes, and eventually made it to the boss at the end of the demo. This boss was exclusive to the Premiere Event attendees all the way back in May.

The video below contains the final cutscene and then the boss fight that was previously kept secret until now!

The second demo was the Trinity Sled sequence in Arendelle. It features Sora, Donald, and Goofy sliding down the snowy mountain on Goofy's shield. As you slide down the mountain you collect health and munny orbs while avoiding the flying heartless. We have edited the gameplay sequence out for you to watch below!