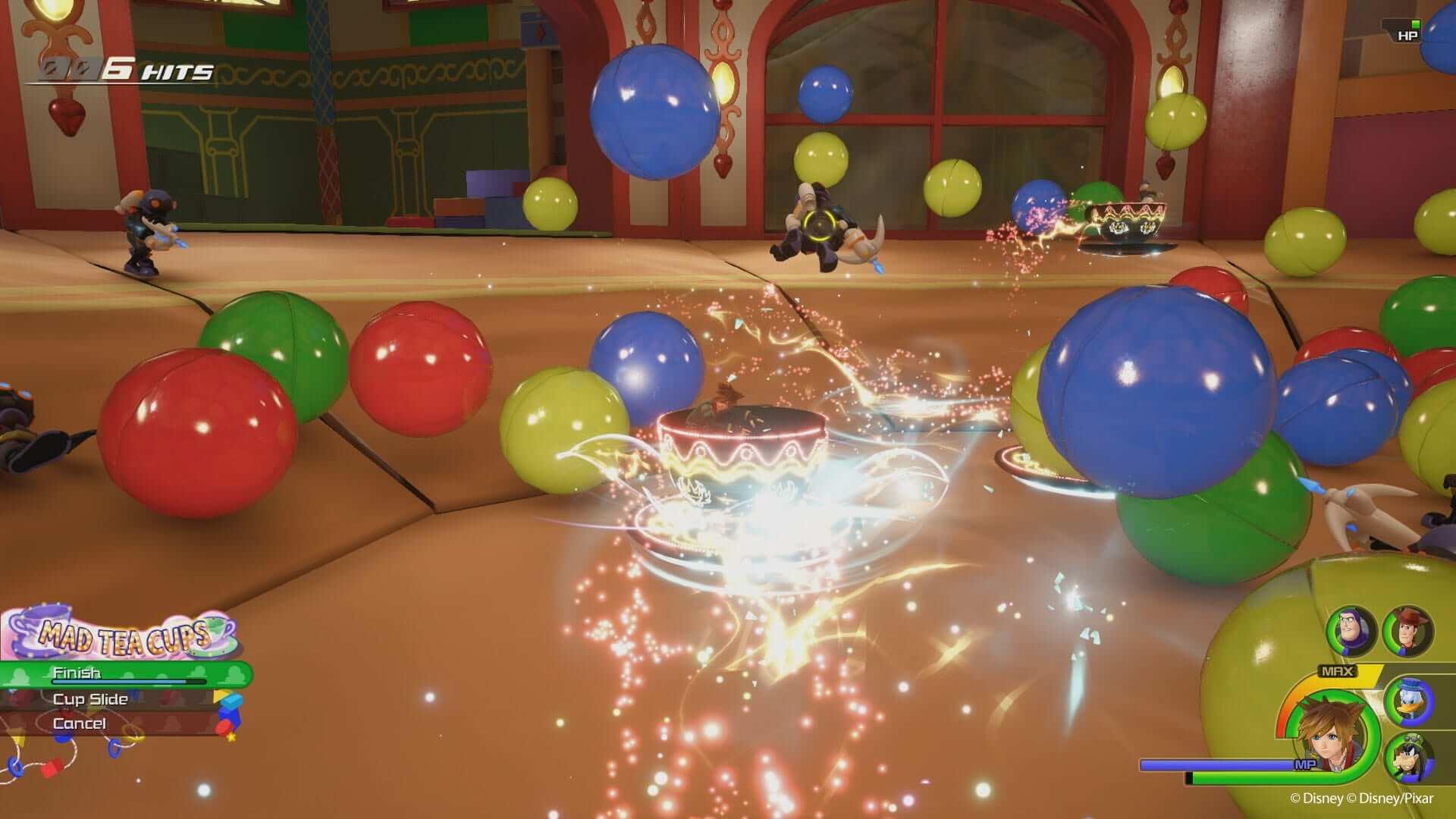 Unreal Engine released an article as part of their Project Spotlight, a project that focuses on recent titles that were developed using Unreal Engine 4, and this time, Kingdom Hearts III was featured.

For more details on it, you can view a video below. You can also view the original article here.

Released early in 2019, KINGDOM HEARTS III by Square Enix is one of the most celebrated games of this console generation and was heralded by IGN as a “fulfilling evolution and resolution of the franchise” that “shows the series is still full of heart.”

When setting out to develop the title, the team at Square Enix had a firmly-established vision for what they wanted to create as well as a keen understanding of the challenges they would face in uniting such iconic and varied Disney and Pixar worlds within an experience that felt authentic to the KINGDOM HEARTS brand.

“In KINGDOM HEARTS III, there are more than 10 worlds in total including Disney's, Pixar’s, and the original world of KINGDOM HEARTS,” said Environment Art Director Saito Eiji. “Each world has its own design and unique taste and the biggest challenge for us was that we needed to make unique assets for each world because each world was very different from each other.”

Simply crafting assets that looked like their recognizable counterparts wouldn’t be enough though as the developers wanted to generate a sense of immersion that was more about interacting with characters and worlds rather than simply viewing them.

“Of course our most important goal is to recreate Disney Worlds in the game and make experiences that everyone can enjoy.,” Battle Director Shibata Tomokazu told us. As a result, the team wanted to create an experience that was approachable for long-time fans and those experiencing KINGDOM HEARTS for the first time. “We wanted to make the game as easy as possible to play and very accessible. Also, a good tempo when users [are] playing games is very important. We worked on the development with these things in mind as a goal.” 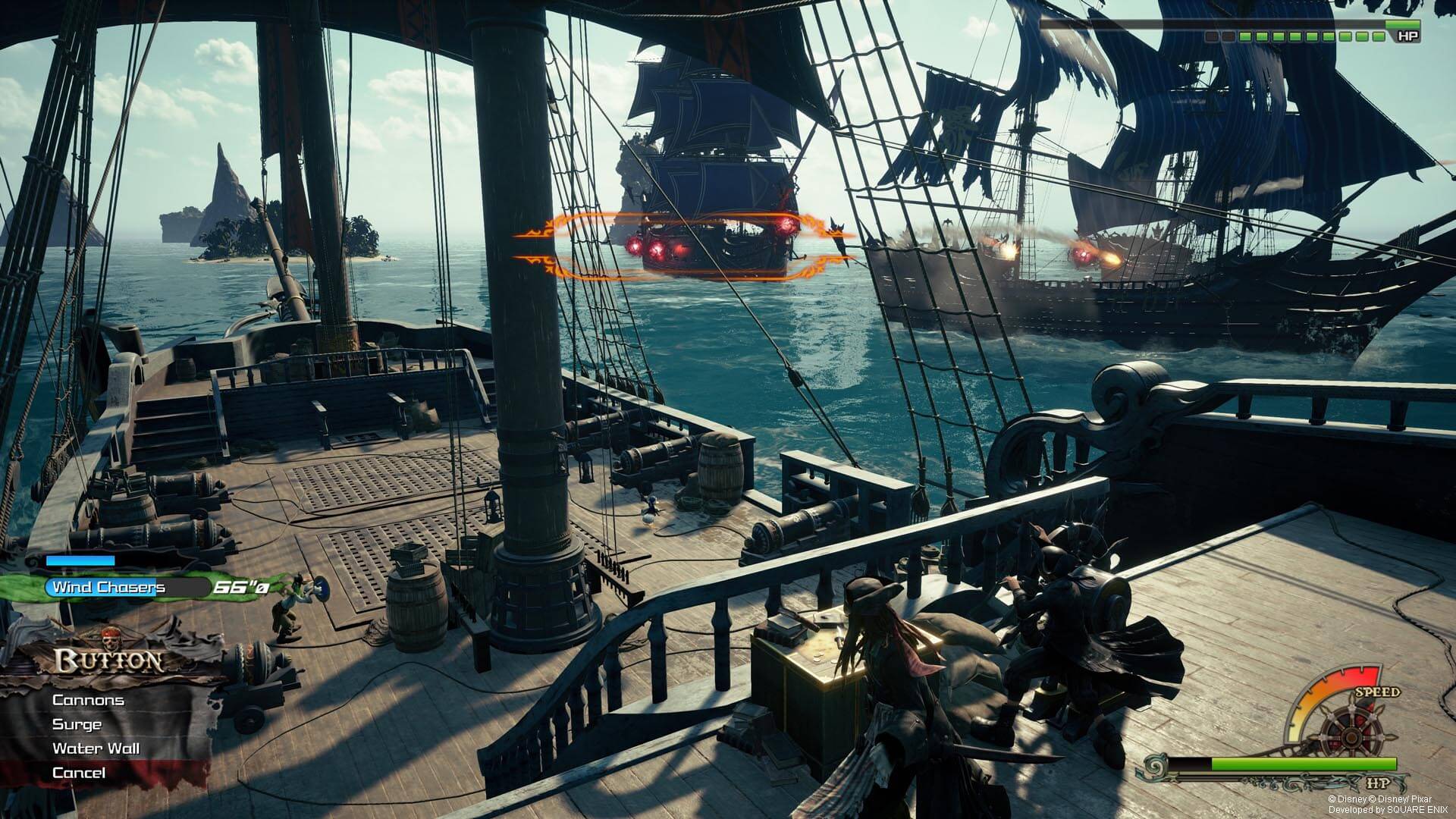 These fundamental goals eventually led to the interactions that players experience in the game, each of which was designed to feel authentic to the world it represented. “We tried to make each world very unique [while] having its own fun. For example, for the Pirates of the Caribbean world, you can ride on the ships, and for the Toy Story world, it should look like a toy box so we tried to recreate the unique taste for each world,” said Level Director Oono Kazuki.

Of course, crafting these characters, worlds, and experiences is no simple task, so the team would need to come together in ways that maximized efficiency and productivity. “In the art team, our policy is to empower every artist by letting them use rhythm and create material,” said Programmer Yoshioka Kunitaka. “So, basically all artists were allowed to create materials as they please, but if we give them 100% control, we could end up with super heavy materials and that could cause lots of problems. So, access to the source code was limited to lead class and in the programmer team basically we were doing the problem finding and problem-solving with regard to materials.”

Those who have played the game will have also noticed a high level of detail and polish applied to the game’s effects, which was another area where access to Unreal Engine’s source code was freeing for the development team. “The access to the source code was really helpful to the effects team as well because without customizing the engine, the effects [in] KINGDOM HEARTS III [would not be] possible,” said Lead VFX Artist Hayashi Takeru. “So, we asked for help from programmers to customize UE4 heavily and, in that sense, without source code access, we couldn't achieve the wide variety of effects used in KINGDOM HEARTS III. Also, when the animations or how the effects work does not match what we envision or what we planned, we could follow source code to see and find out what's happening inside in order to debug and see what the problem is. For unexpected motion effects or unexpected expression effects, source code access was very helpful.” 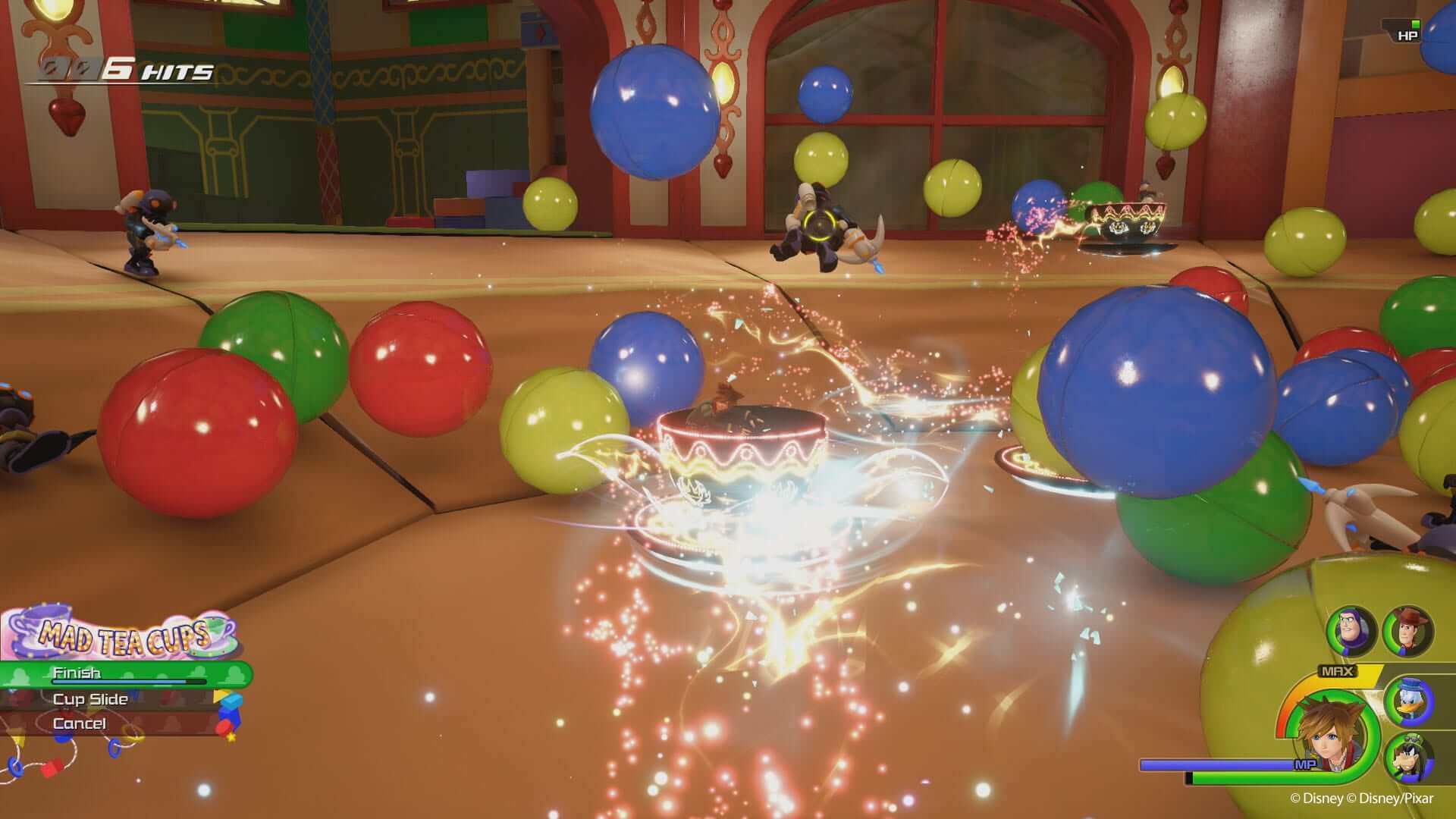 Of course, not every team member is capable of working directly with the source code, which is why the KINGDOM HEARTS III development team relied on Blueprints visual scripting as well. “So, the biggest benefit of UE4 was its ease of segmenting tasks for each function,” explained Programmer Yoshida Takeshi. “For example if you do the classic development style, programmers can be most heavily burdened and they could be a bottleneck for the entire team, but with UE4, artists or designers can do their job without support by programmers so we could develop the game very efficiently.”

With so many unique ideas for implementing the look and feel of each world into the experience, prototyping and iteration times were also big factors for the team using Blueprints. “We use Blueprints for multiple purposes, but mainly game designers use Blueprints to set the entire game flow and [to] also make prototypes using mockups made with Blueprint.  After checking these ideas with Blueprint mock-up, the programming team polished it into a better performance with optimized performance, and so, the biggest benefit of Blueprint was quick integration,” said Takeshi. “We could check if the gameplay is fun or not very, very quickly and without taking a long time for the programming team and also we could avoid making the build too often but we could check our idea [simply using] Blueprint.“